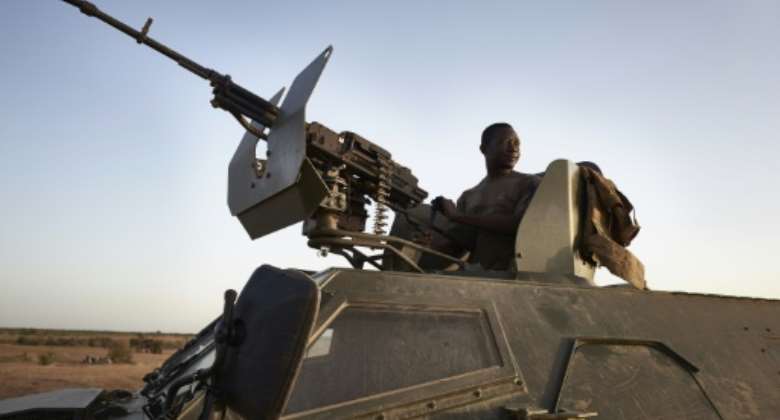 As some countries draw down their forces in Mali, the government is looking elsewhere to shore up its fight against jihadists. By MICHELE CATTANI (AFP)

France's defence minister has warned Mali that hiring paramilitaries from Russian private-security firm Wagner would isolate the country internationally, during a visit to the Sahel state.

Florence Parly told reporters on Monday that if Mali hired the firm, at a time when international partners fighting jihadism in the Sahel "had never been so numerous, such a choice would be that of isolation".

The Russian company is considered close to Russian President Vladimir Putin, and has been accused of committing abuses.

A Malian defence ministry official, who requested anonymity, told AFP that Camara had assured Parly that no decision had been made.

The minister explained that France's "abandonment" of Mali meant "everything had to be considered to secure the country," the official said.

France, which has thousands of troops stationed in the war-torn country, has pledged a major troop drawdown across the Sahel.

Parly responded that France was not abandoning Mali, the official added.

EU foreign policy chief Josep Borrell, speaking after talks among European foreign ministers at the United Nations, also warned against doing business with the Wagner Group, which he said was trying to expand its reach.

Defence Minister Florence Parly says Paris will not be able to 'cohabit' with 'mercenaries'. By Ludovic MARIN (AFP/File)

"Certainly this would not help our relation with the Mali government," Borrell said.

Parly's visit follows months of tense relations between France and Mali, exacerbated by two military coups in the space of one year.

Paris' plan to reduce troop numbers across the Sahel, with several French army bases in northern Mali set to close by early 2022, is also a source of friction.

Before meeting Camara on Monday, Parly told journalists: "We will not be able to cohabit with mercenaries".

Last week, UN Under-Secretary-General for Peace Operations Jean-Pierre Lacroix insisted that any partnership between Mali and Wagner had to be "carried out in full respect for human rights".

Germany, which also has troops in the country, has warned Bamako it will reconsider its deployment should the government strike a deal with Wagner.

Under the threat of sanctions, the military then appointed an interim civilian government tasked with steering the country back to democratic rule.

But Goita overthrew the leaders of that interim government in May -- in a second putsch -- and was later declared interim president himself, drawing international condemnation.

French President Emmanuel Macron announced his troop reductions in July in the aftermath of the second coup.

Goita has pledged to respect a February 2022 deadline for civilian elections set by the previous interim government.

But rampant insecurity in Mali, which has left swathes of the country outside of government control, has cast doubt on the reform timetable.

Planting for Food and Jobs failed due to poor implementation...
48 minutes ago