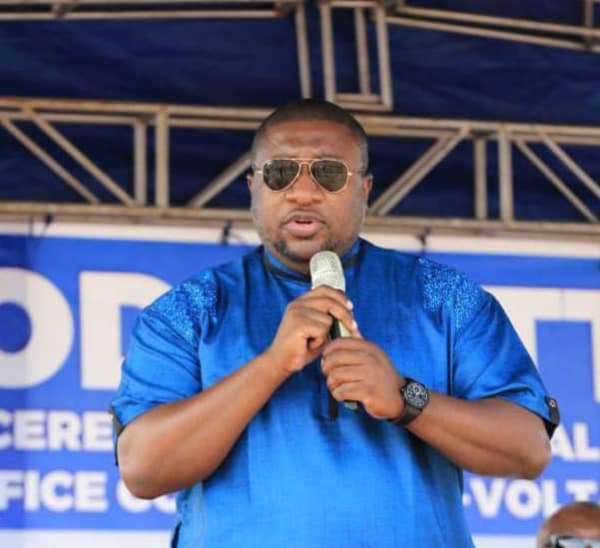 The National Youth Organizer of the ruling New Patriotic Party (NPP), Lawyer Henry Nana Boakye aka Nana B is calling on aggrieved youth of the party to accept, respect and uphold the President’s nominees for the positions of Metropolitan, Municipal and District Chief Executives (MMDCEs).

His comments follow some pockets of violence registered in some parts of the country among some aggrieved members of the ruling New Patriotic Party (NPP) over the MMDCEs nomination.

Pursuant to Article 243(1) of the 1992 constitution of the Republic, H. E. Nana Addo Dankwa Akufo-Addo, on 19th September, 2021, nominated, for the prior approval of qualified Ghanaians to occupy the MMDCE positions in the 260 Metropolitan, Municipal and District Assemblies (MMDAs) across the country.

However, some youth whose preferred choice missed out on the list have vandalised the party's offices and burn tyres to register their displeasure.

This, Nana B noted, “admittedly, we may be disappointed that our preferred candidate was not nominated; however, we must be measured in expressing our disappointment and more-so desist from any protests or demonstrations that may compromise peace and security in our locality”.

Nana B called on the unsuccessful MMDCE aspirants to resist the temptations to incite the youth to protest or support any form of protest against their unsuccessful bid.

He emphasised that it’s in their interest to discourage anyone from protesting whatsoever against the President’s nominees.

“Our tradition is built on the tenets of discipline, respect for authority, law and order, and violence is alien to our ideological orientation. Therefore, our actions and inactions must promote peace, unity and cohesion for the sustenance of our collective progress,” Nana B has asserted.

He added, “The National Youth wing congratulates all the MMDCE nominees and subsequently wish to admonish the youth of the NPP to unconditionally accept, respect and uphold the well-thought through choices of the President.”