On the Anniversary of Osagyefo Dr Kwame Nkrumah Birthday 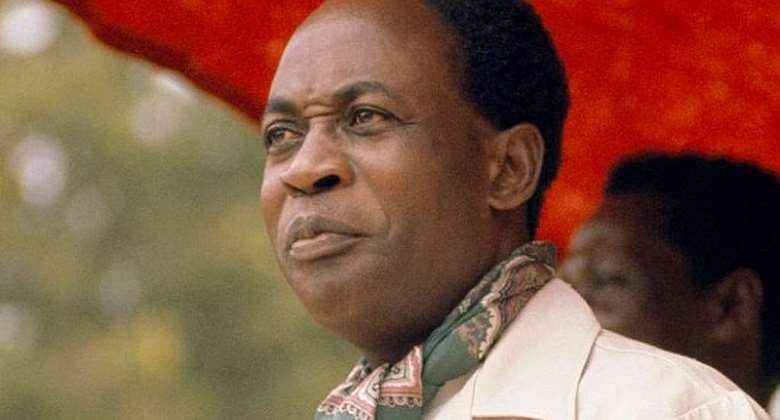 Today we celebrate the birthday of Osagyefo Dr. Kwame Nkrumah.

Let us take this opportunity to reflect on the type of society we have today and what we want to build for the future generations to come. I will not go deeply into the greatness of Nkrumah: the gigantic attempts he made to industrialise Ghana, the mass creation of employment and his steadfastness that we controlled the commanding heights of our economy.

But we must ask ourselves, is today the future that Nkrumah fought for?

What Nkrumah envisaged, is far from our reality. Our hard won “democracy” was paid for with our lives, and subsequently crippled by the Rawlings dictatorship. Following, an already not so perfect Constitution has been further hijacked and wrecked by the tag-teaming nature of the New Patriotic Party (NPP) and National Democratic Congress (NDC).

What we have in Ghana today is money politics. Where even officials at the local levels of the NPP/NDC must buy votes from their members, to represent them. What a reprehensible paradox! You want to serve your people, yet you must pay your party members to elect you, to serve them. It is Armageddon.

Our society has become traumatized by the actions and activities of the NPP/NDC. They have pushed the country near to its collapse. The class interest they represent, as representatives of the elites, and mismanagement of the country, in the interest of the dominant elites, is destroying the country down to its moral fabric.

How then can we explain that the P/NDC and NPP has been in power since 1982 and have been so blinded as to facilitate the aggravation and destruction of our environment. Our topical forest has been destroyed. There is nothing in return to show for our deforested country. Galamsey and irresponsible large-scale mining has been bolstered unabated. Our country is on the brink of importing water and all the plentiful resources that once came along with our natural rivers. Our mineral resources continue to be dashed out for foreign capitalist interests; and what do we gain in return? Nothing short of pittance kickbacks to these rapacious elites. That is why they have only negotiated for 13% of our oil resources and less than 5% of our mineral resources. Alas, this pittance is further disproportionally plundered in favour of the ruling elites.

Unemployment has hit the roof. Thousands of our youth find themselves desperate for any job opportunity and a significant proportion risking their lives to voyage on hazardous journeys outside the country. A country where national news broadcasts end with individuals begging for money; to seek medical treatment in Ghana and abroad. What type of country is that?

And what do we have? A gleeful elite that parades their wealth unreservedly, as if there is no tomorrow. They criss-cross the country buying votes and favours. And the citizens helplessly respond in their desperation and vote for these inimical charlatans that have infested our nation.

On the anniversary of the birthday of our greatest patriot, my clarion calls on the masses of our people to rise from their deep slumber. It is only through organisation that we can move our country forward. There are number of progressive and pro-Nkrumah organisations, such as the Social Justice Movement of Ghana (SJMG) and the Progressive Alliance for Ghana (PAG) that want to bring change.

Nkrumah showed the way. He taught us that organisation determines everything. He broke away from the anachronistic United Gold Coast Convention (UGCC) and formed the Convention Peoples’ Party (CPP), which propelled the country to its independence.

A few committed people, joined by the masses of the people can bring about genuine change. A change in which ordinary people determine how the country should be ran. A change that will ensure all our natural resources are thoughtfully used and managed for the interest of the people; and that creates employment for them. A change that will ensure that our education and healthcare is free for all citizens from the cradle to the grave.

We have nothing to lose but our chains!

Thoughts of a Native Son.

Only a fool will think boos at Akufo-Addo was political mast...
10 minutes ago

My wealth exaggerated; it’s crass to define me by my wealth ...
45 minutes ago