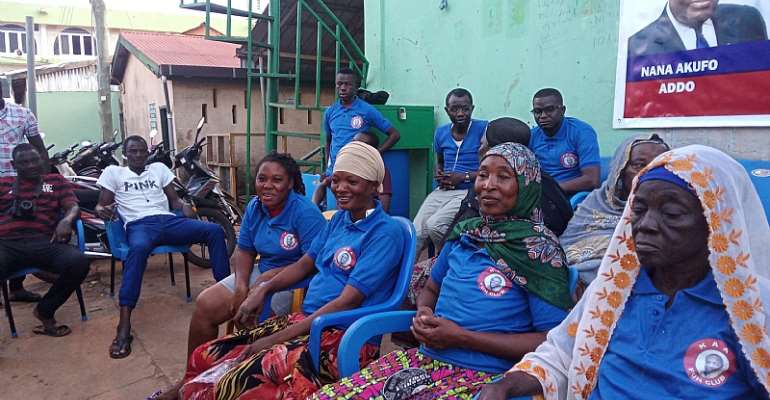 The Central Mosque Youth Patriots, a Youth Group affiliated to the New Patriotic Party (NPP) in Tamale of the Northern Region says they have accepted President Akufo-Addo's MMDCE nominees in the region for the sake of the party's peace and unity.

The announcement of various Municipal and District Chief Executives have been met with mixed reaction both from members of the governing new patriotic party and the general public.

At a press conference to commend the President for the appointment of the MMDCE nominees and Engineer Kwabena Agyei Agypong CEO of the Ghana Ports and Harbor; Deputy Secretary of the youth group, Mr. Haruna Ibrahim stressed the need to present a united front especially on the side of the youth wing.

He admonished the new MMDCE nominees to reach out to their colleagues who couldn't make it to the final list to build a strong bond to break the 8 for the party come 2024.

Mr. Haruna called aggrieved youth groups affiliated to the New Patriotic Party (NPP) not to engage in vandalism if they have problem if their candidate was not chosen by the President.

He however condemned the destruction of party properties in the Chereponi District yesterday Sunday by some irate youth who had their preferred candidate rejected.

He congratulated the nominee for the Tamale Metropolitan Assembly, Hon. Sule Salifu, but was quick to add that the nominee has loads of work including the sanitation issue in the Metropolis.

She further reasoned with the Akufo Addo's nominee for the Tamale Metropolitan Assembly, Hon. Sule Salifu, stating that he is a true party man.