Tragedy of Education in Liberia: The case of the University of Liberia (UL,) 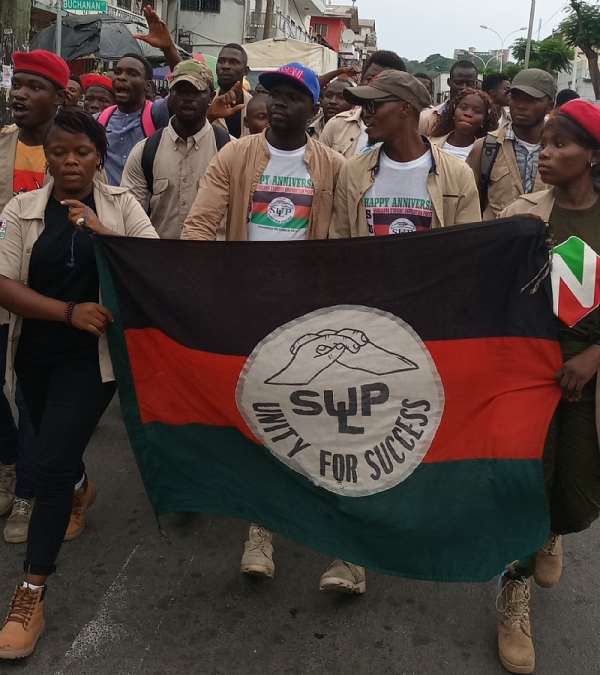 Education without good learning environment — conducive atmosphere—standard learning equipment is like building a house without solid foundation. Henceforward, it doesn't promote meaningful learning experiences that produce high level performing students with sharp critical thinking and leadership skills. Rather it breeds mediocre students who can not compete with their colleagues in the sub-region and around the African Continent. Hence, a university i.e the macrocosm of the hybrid society is not just a place for dispensing knowledge or cramping ideas. It is a place for teaching, breeding, searing, regimenting, enlightening, training and transforming conscious men and women into unyielding patriots in environments that revolves around decency, healthiness, vitality and modernity. Modernisation not westernization!

With these basic requirements including cultural and psychological barriers which not limited to the aforementioned of a good learning facility that are lacking at the University of Liberia, its administrators/operators yet "basks in arrogance" as the ruling establishment of the state (CDC Regime). The university mismanagement is same as the state under this Blue Man from the south-east regime, deplorable state — deplorable university and vice-versa. Under Mr. Weah the university just as the state is in free fall.

In lieu of the deplorable condition of the university yoke with salary disparities accrued from the snakebite harmonization of Tweah, consistent salary delay, deficit medical-pension and social security benefits, the University of Liberia Faculty Association (ULFA) unanimously voted on Friday (September 16, 2021) to disengage from all academic activities which was greeted with indignation and disdain from the student community from all walks of life — on the campuses of the university and the social media which predict the odds that trouble looms over the university.

Besides, the oldest mass-based student political party on the campuses of the University of Liberia, the Vanguard Student Unification Party had issued several press statements calling on the University Authority and the Government of Liberia to renovate/fix the University of Liberia — a campaign which have received popular appeal on social media but it seems that all our calls pulled no shot owing to the 'arrogance' of the Government of Liberia and the University Authority. However, it seems that the decision by the Faculty Association if backed by the students will be the last stroll that would break the arrogant camels backs for 'history poses no problem without solution'.

As the moon turns full cycle bringing Sunday to doss, the coming days are certainly going to be moments of revolutionary history-making if care is not taken. May history not despise our generation. Until it is Uhuru, SUP remains supreme!

About the Author: Mustapha N. Kanneh is a Senior Student at the University of Liberia studying Economics. He is the current Secretary General of the Student Unification Party (SUP). He can be reached at [email protected]

Latest Photo Reports
Catch up with all the political quotes from our politicians.
Advertise here
More Article
ModernGhana Links
Jubilation On Misinformation: The Case Of Advocacy For Dual Citizenship In Liberia
A New Down For Education In Nigeria As Gov’t Establishes National Senior Secondary Education Commission
The Status Quo In Asia: Pospects For Pan-Asian Integration
The Psychosocial Impact Of The Recent Murder Cases In Ghana
High Unemployment Rate: A Major Driver Of Insecurity In Ghana
The role of extractives in Africa’s inclusive green and resilient recovery
Oyo jailbreak has to be the last.
Hushpuppi Saga: A Wake-Up Call For Public Awareness About Business Email Compromise Scams
Sketchy Treaty Uncertain For Its Implementation Had Averted Thebloody And Fatal Scuffle In Somalia
TOP STORIES