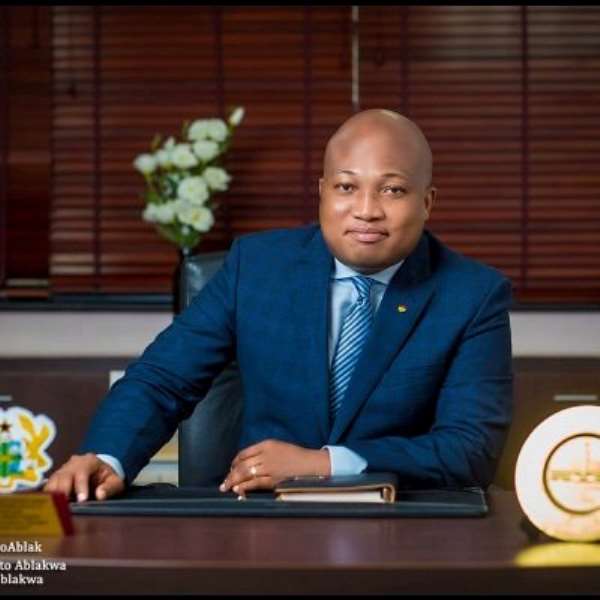 Member of Parliament for North Tongu in the Volta Region, Samuel Okudzeto Ablakwa, has pledged to work in harmony with the District Chief Executive (DCE) nominee for the area, Mr. Osborn Divine Fenu.

He said he called the nominee to congratulate him.

According to him, they both pledged to put behind the political differences and seek the interest of the people.

Mr. Ablakwa in a post on Twitter said he has since called the nominee and pledged to support him to deliver on his mandate.

“I have this morning called the President's nominee for DCE of North Tongu, Mr. Osborn Divine Fenu to congratulate him and to convey my very best wishes for the journey ahead.”

“We pledged to relegate partisan differences and work together to improve living conditions of our people.”

Encroachers on KNUST lands will face my wrath — Otumfuo war...
20 minutes ago