Milovan Rajevac at the verge of being appointed Black Stars' Coach 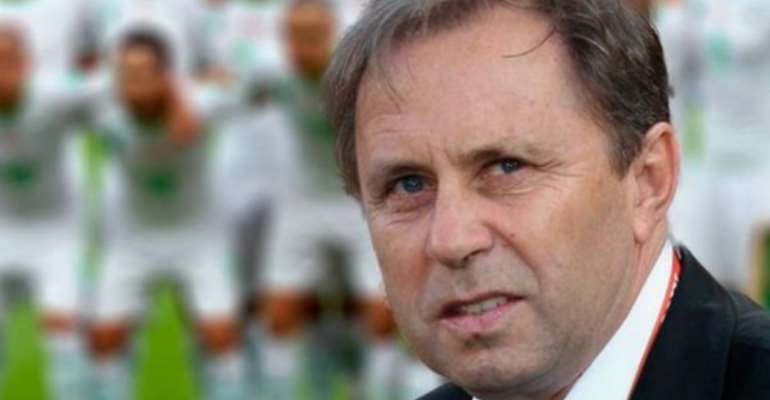 The second coming of one of the most successful foreign coaches of the Ghana Black Stars, Milovan Rajevac is imminent with an official announcement to be made by the Ghana Football Association (GFA).

The GFA is reported to have held fruitful negotiations with the Ministry of Youth and Sports and have agreed to a $45,0000 monthly wage.

The 67-year-old Serbian gaffer has agreed to sign a two-year deal and would lead Ghana in the African Qualifiers for the 2022 World Cup as well as the African Cup of Nations in Cameroon.

Milovan was announced Black Stars coach in August 2008 and led the Black Stars to their second qualification to the 2010 Federation of International Football Association (FIFA) World Cup in South Africa two years later.

Earlier in 2009 he led the Local Black Stars to the finals of the Championship of African Nations (CHAN) but failed to win the trophy.

He led Ghana to a stellar outing in the competition as they equaled Senegal and Cameroon's quarter-final berth in the tournament having missed out on a place in the semis after losing to Uruguay on penalties.

Milovan shockingly quit the Black Stars job later that year as he took up the Head Coach position of Saudi Arabian club side Al-Ahli.

The Serbian gaffer had a very tough time at the Saudi Arabian side and was fired from the job six months later taking up the national team coach job for Qatar in February 2011.

His tenure as Qatar coach lasted just for five months despite making some positive strides with the team having qualified to the second round of the Asian qualifier for the 2014 World Cup in Brazil.

Milovan was redundant for over five years until he landed national team coach of Algeria in June 2016 but was fired three months later after drawing against Cameroon in a 2018 World Cup qualifier.

He took charge of the Thailand team in April 2017 but was sacked in January 2019 following a 4–1 defeat against India in the 2019 AFC Asian Cup.

The Executive Council of the GFA would obviously task Milovan to win the 2022 Africa Cup of Nations and also qualify for next year's World Cup.

Milovan would have to put back on track Ghana's qualification hopes of the FIFA World Cup in Qatar and next month's qualifier against Zimbabwe in Harare would prove crucial to his reign.