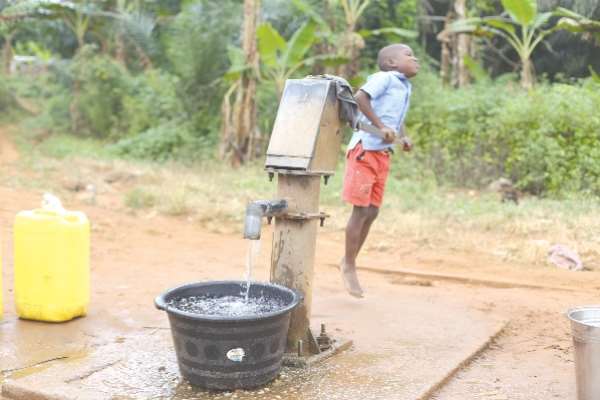 The chief and people of Morso in the Jaman South District of the Brong region are appealing to government to come to their aid.

They said the lack of some basic social amenities has made life difficult for them.

Nana Kwasi Kwafo Ababio said the Morle Township has no water, no good roads and worse of all very dilapidated school buildings.

The lack of portable drinking water, according to him, makes their children fall sick often since parents are not always around to guide them when they leave home for school.

He noted that children end up drinking the contaminated water as soon as they get thirsty. According to him, almost all their source of drinking water have been contaminated by animals.

Mr Ababio added that even the only school building in the area has become a death trap.

“The building in which our JSS children study looks like a hut, infact it is very dangerous for our children to be studying under such a condition, we are appealing to not only government but benevolent organizations to come to our aid,” he lamented.

Nana Kwafo Ababio who joined some of his subjects to make the appeal through journalists said, lives are being lost due to the lack of several social amenities in the area.

He also noted that the town is growing in population and there is growing need for a health facility, adding that women in labour go through very difficult times giving birth.

According to him, getting a vehicle to transport pregnant women through the dilapidated roads to the next town for health care and delivery is heartbreaking.

Assembly Member of the area, Kunusu Stephen reiterated their need for portable drinking water in the area.

He said the Member of Parliament for the area, Siaka Stephen mechanized an already existing borehole in the community but due to their growing number, the system develops fault every four to five days putting intense pressure on him as an Assembly Member.

Even though he has notified the Assembly, he said, the absence of a District Chief Executive seems to be dashing their hopes of getting the situation fixed.

“The lack of portable water is a serious challenge to us here, and we will really appreciate every assistance in that regard, he pleaded.