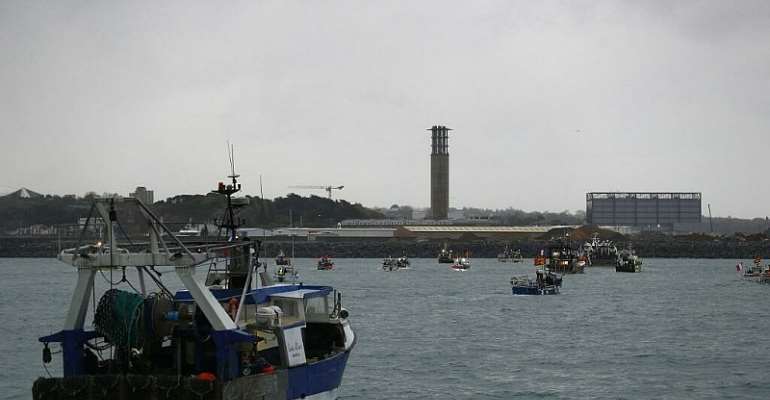 A new protest over post-Brexit rights for fishing vessels to access Jersey's waters has been held in France. The French fishermen have threatened to cut an underwater cable that supplies the island of Jersey with electricity.

More than 100 fishermen and local politicians gathered on Saturday to protest at plans to restrict access to the number of French fishing boats in the Channel Island waters from 1st of October.

They met on Armanville beach in Normandy, where the power cable which supplies the island of Jersey lands.

The move follows the intervention of French Maritime Minister Annick Girardin in May, who threatened to cut off Jersey's electricity over the restrictions initially introduced.

Marc Delahaye, director of the Normandy fisheries committee, fears that after  the 30th of September French fishermen will find themselves a large number of boats tied up at the quayside.

"That's when we'll have an explosion and afterwards there will be a destruction of the naval sector, at the Granville auction, the transporters, the equipment suppliers... This is where it becomes unbearable".

Recent disputes
The protest is the latest in a dispute over access to Jersey's waters for French fishing boats, where they do half their fishing, just off the coast.

In May, dozens of boats from Normandy and Brittany blockaded Saint-Hélier harbour in Jersey, forcing the Royal Navy to send two patrol boats before the situation was resolved.

An explosive subject throughout the negotiations on the conditions of the UK's exit from the EU, access by European fishermen to British waters remains a subject of tension despite the agreement on post-Brexit relations reached between London and Brussels, which has been in force since the 1st of January.