Nana Addo should embrace John Mahama’s “Do or Die” 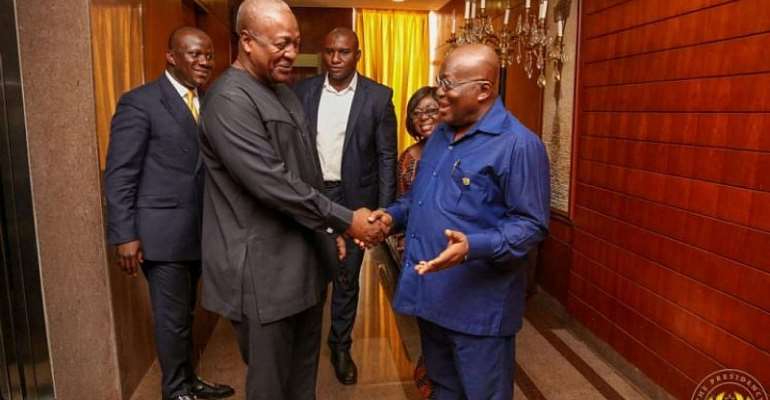 We are aware of the recent coup in Guinea in which Former President Alpha Counde was asked to rest small. One and the main reason for the coup was that Alpha Counde abolished the country’s constitution and wrote a new one which gave him the right to do a third and possibly a forth term. In other words, he wanted his PARTY to be in power after the second term.

Let’s bring the same scenario in Ghana and see if there is a difference between what Alpha Counde did and what Nana Addo can do.

Nana Addo will impose Alan Kyeremanteng on the NPP, so Alan Kyeremanteng will be their flag bearer. Forget about the noise surrounding the choice of Dr. Bawumiah. If during the national elections, Nana Addo rigs the elections for Alan Kyeremanteng, wouldn’t NPP stay in power after Nana’s second term? Why do you think what happened in Guinea cannot happen in Ghana? Even if the soldiers will not do it, who says the youth cannot do it?

Mahama’s “Do or Die” means NPP will not cheat NDC and NDC will not cheat NPP. At the end of the day, the elections are peaceful and transparent. John Mahama then takes over the governing of Ghana from January 2025. I believe this is the only way Ghana will be peaceful after 2025.

I am saying this nicely because any attempt by Nana Addo to impose Alan Kyeremanteng on Ghanaians will not be peaceful. In other words, any foul attempt by Nana Addo and Jean Mensah to let NPP stay in power after his second term will meet the wrath of the Ghanaian people.

No government has messed up the country in 8 years than this Nana Addo’s administration. Absolutely, nothing is working in Ghana except sloganeering and another four years of NPP’s rule will be dangerous for our democracy.

I believe if the elections in 2024 are free, fair, transparent, and devoid of any intimidations, NDC will win. Today’s date is September 20, 2021.