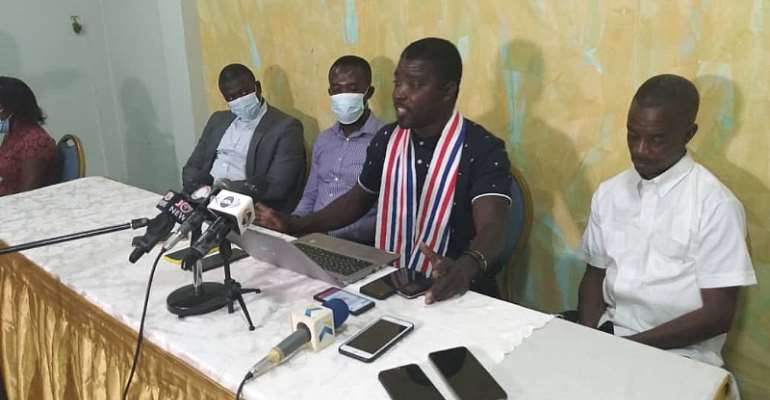 President for Coalition for Metropolitan, Municipal and District Chief Executives (MMDCES) aspirants (COMAS), Emmanuel Obrempong Frimpong has called on all failed aspirants of MMDCE position to close their ranks and support the President and government.

He said even though they all wished to be Chief Executives of their respective Assemblies, the President could only nominate one person.

Mr. Obrempong Frimpong indicated that their inability to catch the President's eye should not discourage them from continuing to support the party and government.

He added that they may not have been chosen at that time but the President may have other plans for them in other portfolios of his government.

Addressing a press conference in Kumasi on Monday, the COMAS president also charged MMDCEs who were not retained in office not to lose heart but offer their support to nominated ones.

“Once the President has made that choice in each of the MMDAS across the country of who he thinks can best lead the area’s development process it is incumbent on all who aspired and applied but were not chosen to support the lucky ones to succeed and collectively develop the various MMDAS.

"…I hereby rally all party members to show support to the newly nominated persons to ensure the party does well in government and also help in developing all the MMDAS in the country’’, the COMAS President stressed.

He stressed that the NPP was bent on staying in power beyond 2024 to accomplish the development agenda the party has for the country for which reason must do away with their individual differences.

According to Mr. Frimpong, it is possible for the party to break the eight year political cycle with a unified front.

This, he noted, would largely depend on how the NPP performs in its second term of office.

"We will be able to break the eight with hard work and since the work of the MMDCEs would be grass-root based we will be able to turn the electoral fortunes of the party to go beyond eight years with a determined development effort’’, Mr Frimpong emphasised.