African Marriages on the Rocks 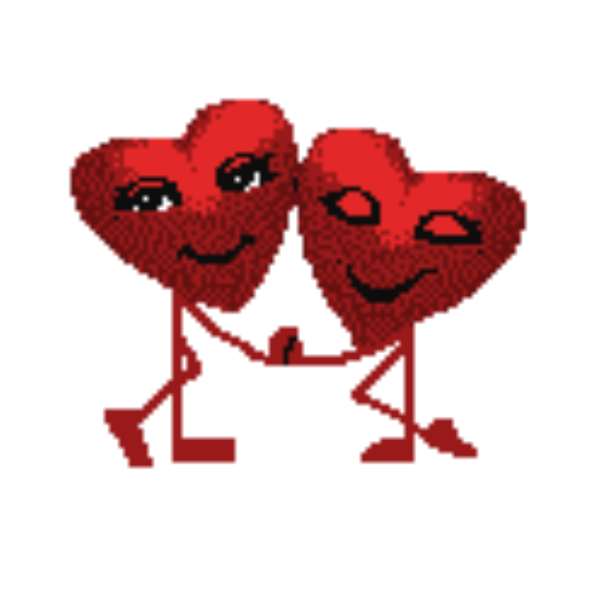 Is it the men, or is it the women?

When marriages end in America, the causes are as varied as the reasons why people get married in the first place. Money, cheating, falling out of love, diverging career paths are all but a few of the causes for divorce. When it comes to the African marriage in America, however, there appears to be one central cause; either the man does not want to adapt to American society, or the woman adapted too quickly, and too far into the American society.

Needless to say, African men hold the latter viewpoint while their women hold the former. A quagmire? There is no bigger understatement. But if current rate of African divorces in America is to be controlled, somehow the well-defined line separating both sexes must be blurred - like yesterday.

There is no doubt that the social advantages that husbands enjoy over wives in Africa are a great displeasure to African women at home. The reason why they do not complain is that an overwhelming majority of them have not seen any different in their entire lifetime. As far as they are concerned, that is the way it has always been, and will always be. Who is any one woman to attempt to change things in a society where most of the people who make the laws are men who, themselves, have also seen no different?

In short, the society in Africa has set some acceptable norms that are unquestioned, unchallenged, and unnoticed. And this is the society in which we were all raised. So African men and women can, to a reasonable extent, anticipate how their counterparts are supposed to react to certain actions. All told, however, African women are mostly at the short end of the stick if American standards are applied.

The male dominated African family structure did not occur by accident. To earn the right to be the dominant force in the marriage, the African man, in most cases assumes the financial responsibility for the welfare and support of his wife and children. He is the king of his family. Hence, depending on the way one looks at the African family in Africa, it is not unreasonable to deem it a balanced arrangement. And that could also be the reason why the women do not complain. After all, playing second fiddle in a marital institution may be better than bearing the pressure of being the family’s bread winner in an economy that, nine times out of ten, is ‘breadless.’

But when the burden of being the family’s bread winner is equally shared between husband and wife; when the society, in more ways than one, instills in couples the concept of a 50/50 marriage; when Oprah Winfrey, with her popular show, ensures that wives are not overlooking the powers they have in a marital institution; and when the man is the one the police asks to leave the house in marital conflicts that result in physical altercation, African men should not be so surprised that playing second fiddle in a marriage becomes so unattractive to African women all of a sudden.

For liberals, this is an open and shut case. African men should just learn to change with the times – and environment, and quit sulking about their women changing on them. But that’s easier said than done.

While it may be easy for some African men to survey the landscape and begin on the path to real lifetime adaptation, many, who tend to be culturally inclined, struggle philosophically to adapt. “I’ve been here for 17 years, and yet blood still rushes to my face when my wife talks back at me; I have to struggle to keep my cool,” says a cab driver nursing a successful marriage. One attorney adds: “I have my profession to thank for the way I have been able to overcome this male-dominant attitude.”

It is as though you type with one finger for your entire life only to wake one day to be held to the Mavis standard of typing. You can look forward for your crude typing habits to be in the way for a very long time. If you stick with it, however, you may one day overcome that one finger and type correctly. You give up, and you can forget about ever typing competitively. But that is for those who see the merits of Mavis’ Typing. To others, it is not even worth the try.

There are many success stories. When the couple meet here in America, the marriage can be relatively more characterized by mutual respect and understanding. Each spouse expects the other to have adapted a little bit, while realizing the need to maintain certain African traditional family values. But if one spouse went home to bring the other, it usually takes little time for the fireworks to begin.

The men quickly perceive seemingly trivial and innocent mistakes by the new wife as behaviors that need to be “controlled before they get out of hand.” Ironically, that is what actually starts the problem. The men, who are mostly the ones who sponsor this type of marriage, then find it abominable that a woman, who only a few months ago, was at his beckon, can now compete with him for the remote control. The apparent lack of gratitude on the part of the new wife can be the basis for marital strife that can continue for a long time.

Then there is the compatibility factor. It is no secret that most African beauty queens in Africa would marry men who are not exactly Mr. Universe just for the opportunity to come to the United States. It is amazing how they find out how the guy really looks after they have arrived in the United States. When the guy starts downing a few bottles of Heineken habitually, and increases his belt size in the process, that can really make a bad situation even worse. Some women have been know to just up and relocate because they shun being seen at parties together.

As bad as these situations are, they pale in comparison to lopsided responsibilities as the chief cause of marital problems within the African community. As mentioned earlier, it is the norm in Africa for the man to hang out with his friends after work and drink some few beers before making his way home. And food better be ready when he finally comes home. All that is fine and dandy if all that the woman does is take care of the house while he brings home the bread.

In America, by the time husband and wife pull up in the driveway, both would have hauled in a combined twenty or more hours of work. Earnings aside, how reasonable is it for the man to indulge in CNN all evening whilst the woman begins her second job as housewife? Yeah, yeah the man picked up the kids and probably some groceries. But we are talking physical capabilities here. If the woman gets no help from the man with the household chores, she is a basket case by the time she rolls into bed – too tired for any meaningful sex, which can start a whole new chain reaction.

In marriages where the woman out-earns the man, the situation is even more dramatic and depressing to the woman. In a society that preaches a 50/50 marriage, how is she to understand why she is the one bringing in the bread, as well as preparing it for consumption. Adding to that are the dishes, the laundry etc. That’s enough to drive anyone up the wall. Those women who want to make their marriage work would consistently nudge their men to help out. Others keep their mouth shut for a long time until they cannot take it anymore, at which time they throw in the towel.

But it doesn’t have to be like that. Africans in America are in a tremendously advantageous position. To have the opportunity to select the bests of two worlds to live one’s life is something that ought to be cherished and taken full advantage of. When we take too much from one world and too little from another, we are doing a disservice to ourselves.

Not everything African is good; neither is everything American. Those of us who do a better job of striking a reasonable balance between the two worlds stand to fully reap the benefits of what both worlds offer us. Ultimately, it is your life, and you determine what balance is reasonable. But if you are sharing your life with someone else, then have that person in mind when you make that determination.