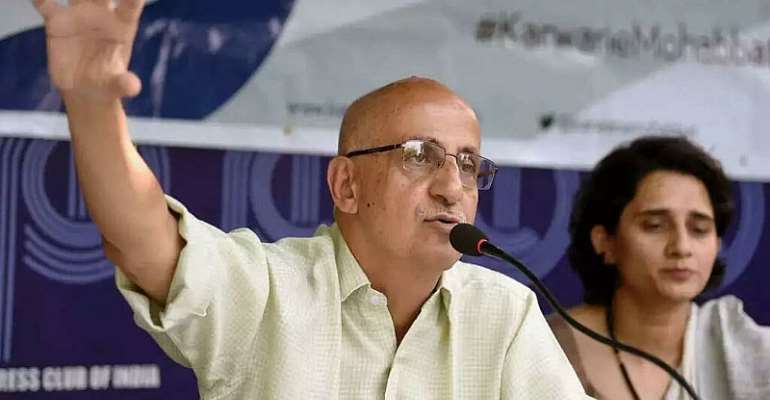 A raid by investigative agencies on the offices and home of a prominent human rights activist critical of the government has sparked outrage in India.

Raids were carried out the Enforcement Directorate that fights financial crime at multiple locations in the capital earlier this week connected to retired bureaucrat and activist Harsh Mander, an outspoken critic of Prime Minister Narendra Modi.

Mander's home, his office in the Centre for Equity Studies and 'Umeed', a children's home that his organisation runs were searched. The raid came only hours after Mander and his wife left for Germany for a fellowship at the Robert Bosch Academy in Berlin.

Mander who has been critical of the ruling Bharatiya Janata Party (BJP), had also been a part of the protests against the controversial Citizenship Amendment Act which critics say discriminates against Muslims - a charge the government rejects. He had carried out food distribution drives during the stringent Covid lockdown last year.

Raids for speaking out
“A pattern emerging over the last seven years shows that only a section of citizens is being acted against by the state. They belong to the Opposition, the minority community, activists, dissenters and the likes,” said senior advocate Dushyant Dave.

“These innocent citizens have spent long periods in prison, have suffered mentally, socially, economically and their dignities have been taken away.”

Many have called the raids an intimidation tactic to curb dissenting voices.

“One day after the International Day of Democracy, Modi continues with its FDI obsession—Fear, Deception, Intimidation, by harassing a renowned activist and intellectual, Harsh Mander. And he gives lectures to others on inclusiveness and democracy,” said Congress politician Jairam Ramesh.

Following the Enforcement Directorate's raids, over 600 people, including academics, journalists, filmmakers, activists and lawyers, have voiced their support for Mander.

In a joint statement, they have said the "Constitution of India and the law of the land shall prevail, exposing these intimidatory tactics exactly for what they are - an abuse of state institutions to try and curtail all our rights".

In the past, writers, academics, and artists have also come under attack from politicians and religious groups, and various films, theatre plays, books, and paintings have also been banned. Harassment has not been limited to just social networking sites.

Around the same time of raids against Mander, actor Sonu Sood, who has been hailed as the messiah of migrant workers during the lockdown in the country, came under the spotlight, with income tax authorities searching his premises for alleged tax evasion.

The raids were conducted days after Sood's meeting with Delhi Chief Minister Arvind Kejriwal where he was declared as the ambassador for his government's mentorship programme for school students in Delhi.

Both the BJP and Kejriwal's party, Aam Aadmi Party are political adversaries.

Party leader Raghav Chadha described the raids as a “witch hunt” done by an “insecure government”.

“His only crime is that he worked for the welfare of downtrodden when they were orphaned by the state,” Chadha tweeted.