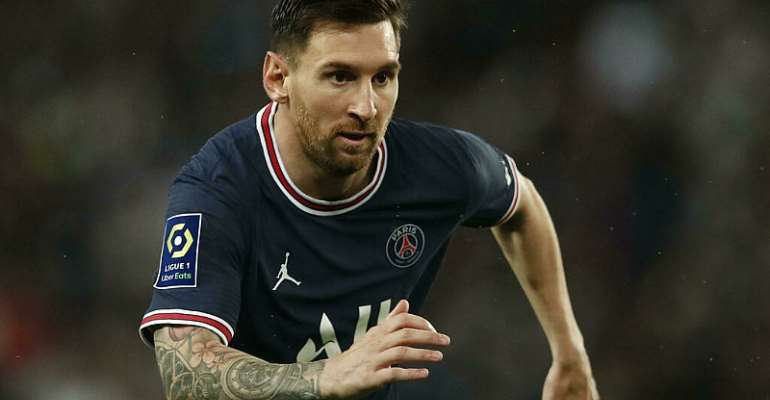 Lyon almost spoiled the Lionel Messi home debut party on Sunday night as a less hyped Argentine stole the show with a stoppage-time winner in the 2-1 victory at the Parc des Princes.

His entry in the 82nd minute was the second of three changes from Mauricio Pochettino.

The revamp brought more vigour and incisiveness against  visitors who appeared to be content with the draw.

"We're disappointed with the result," Lyon defender Jason Denayer told Prime Video. "We had done virtually everything not to lose."

The defeat leaves Lyon in ninth places with eight points from their six games while PSG set the pace with a maximum 18 points.

Challenge
Lyon weathered the early storm from PSG who fielded Messi in the centre of midfield with Neymar to his left, Di Maria to his right and Mbappé at the spearhead.

But just like in the Champions League game on Wednesday night in Bruges when Pochettino deployed Mbappé, Messi and Neymar, such plutonium failed to deliver the desired pyrotechnics.

Unlike that tie in Belgium, PSG were the dominant side on Sunday night in front of a raucous home crowd willing Messi to do wonders in his first competitive match before his new admirers.

And the 34-year-old nearly gave them the dream opening. A trademark free-kick in the 37th minute cleared the wall and left Lopes rooted on his goal-line. The crossbar saved the goalkeeper's blushes.

Messi showed signs of a growing understanding with Mbappé with slick back heels and flicks between the pair.

Di Maria was at his slithery best. But Neymar seemed muted.

Opening
And it was Lyon's number 10 who opened the scoring against the run of play.

Karl Toko Ekambi was sent scurrying down the left wing eight minutes into the second- half and his centre was steered home stylishly by the Brazilian Lucas Paqueta.

It seemed to be heading for the stalemate that might have brought Pochettino's position under further scrutiny. But one of this changes brought him success. So are legends born.

"After the difficult match in Bruges, the win was important for us," Pochettino told Prime Video. "Lyon are a very good team who play very well and we had to display out character."