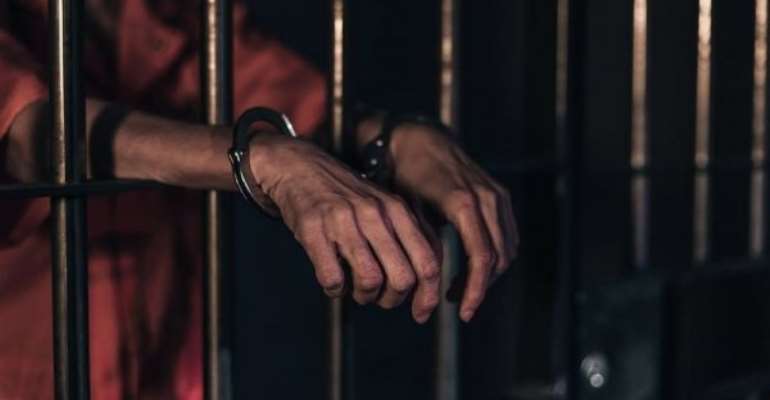 The Ashaiman District Court has sentenced Prince Agbeko, a 22-year-old Forklift Apprentice to a total of four years imprisonment in hard labour for stealing mobile phones in three different cases.

The Court Presided over by Mrs. Eleanor Kakra Banes Botchway sentenced Agbeko after pleading guilty to stealing in all three cases.

Chief Inspector Samuel Aperweh, prosecuting, told the court that on August 24, 2021, complainant Mr Alex Edem Quarshie, a businessman who resides at Ashaiman, Lebanon zone made a complaint against the convict living at Zongo-Laka.

Chief Inspector Aperweh, said Agbeko at about 1800 hours on the said day went to the complainant's boutique with a motorbike, and a wrapper pretending to be a customer who wanted to buy some items for his Pastor as a birthday gift.

Prosecution said, after accused selected the items, he asked complainant to help him wrap them, when the complainant's mind was on the wrapping, accused picked complainant's IPhone Xs max valued at GH¢3,400.00, pretended to be making a call, and then stepped out of the boutique and bolted on the motorbike.

The Complainant after wrapping the items went out to inform the convict that he had completed the wrapping, but he was nowhere to be found, only for complainant to go back into his boutique and realized his phone was missing.

Chief Inspector Aperweh said, on September 9, 2021 at about 2100 hours complainant saw accused in town on a motorbike parked around Ashaiman Municipal Assembly, who attempted to flee after seeing him, but with the help of others Agbeko was apprehended and handed over to the Community 22 Police Station officers.

He admitted the offence in his caution statement, and led Police to the complainant's shop where he stimulated how he stole the phone.

According to prosecution, he then led police to two different mobile phone dealers as recipients of the phone, but none of them was at post.

He again led police to a third person, Patrick Buemortey a mobile phone repairer whom the convict identified to police as the one who received the stolen IPhone Xs max.

Patrick Buemortey then brought out IPhone Xs, which is not the complainant's phone and informed police that accused brought it to him about three months ago and offered same for sale.

Buemortey said he declined to buy it after realizing that the phone belonged to someone else and more so, knowing that nobody can use another person's IPhone, but he said convict insisted the phone belong to him and never came again.

After investigation, accused was charged with the offence of stealing and put before the court and after full trail was convicted.