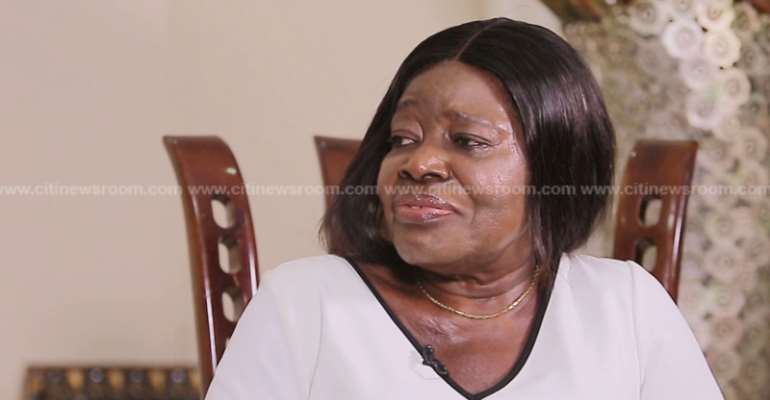 Citi News sources say she died in the early hours of Sunday, September 19, 2021, at Tema.

Madam Benyiwa-Doe, otherwise known as Chavez for her strong political views and courage, is said to have died at age 73 after a protracted ailment according to her aide.

Jerry Kissi-Dei Yeboah, the special aide to Ama Benyiwa-Doe and constituency communication officer for Gomoa West told Citi News that, “yes, Auntie Ama has passed. She has not been well for some time. She will be on and off and recently she took ill seriously, and we did our best to give her the best health care… Yesterday [Friday], she had to go and rest in her room but after an hour she was uncomfortable, so we had to rush her to the hospital and passed. She was 73.”

Ama Benyiwa-Doe was first elected to Parliament during the December 1992 Ghanaian general elections on the ticket of the National Democratic Congress as MP for the Gomoa West Constituency in the Central Region.

She subsequently lost the seat in 1996 to an NPP candidate.

Although she hasn’t been active in politics for quite some time, she continued to work behind the scenes for the National Democratic Congress (NDC).

A year ago, she granted an interview to Citi TV on Face to Face with Umaru Sanda, where she accused the NPP of plotting the downfall of the late President Atta Mills from the time he was sworn in until his demise.

“What interests me and intrigues me is when the NPP keeps asking who killed Mills? They were the people saying Atta Mills was sick, now when his maker called him peacefully, they turned into family members asking how he died.”

“The opponents, who wanted to bring him down, were saying that Atta Mills was sick…and finally, when his maker called him, they said why is he dead and that somebody might have killed him… Can you imagine?” She queried.

Latest Photo Reports
Catch up with all the political quotes from our politicians.
Advertise here
More Headlines
ModernGhana Links
Election 2024: NDC propaganda specialists are afraid of data; so sell our development projects in your localities — Bawumia to MMDCEs
"Why are you behaving this way?" — Bagbin blasts MPs who used 'macho power' at MMDCEs confirmation exercises
Take me to court, I will get the court to also overturn the decision to affirm my authority – Otumfuo dare encroachers of KNUST lands
We’ve revamped TVET education in Ghana than any government – Bawumia
Encroachers on KNUST lands will face my wrath — Otumfuo warns
Retired midwife, three others arrested over child stealing, sale of babies at Atuabo and Half Assin
Contracts for 27 Mahama E-blocks terminated
Ghana risk water scarcity if pollution continues — NDPC
You have no authority to banish, kill anyone for being gay; it's illegal, undemocratic – Group to traditional rulers
TOP STORIES

A/R: We don't want a Chairman who display gold on TV but neg...
17 minutes ago

“I came back from exile and I’ve served NPP faithfully, loya...
1 hour ago