We wanted to know where these mysterious "forest" cats from Madagascar came from. Here is what we discovered 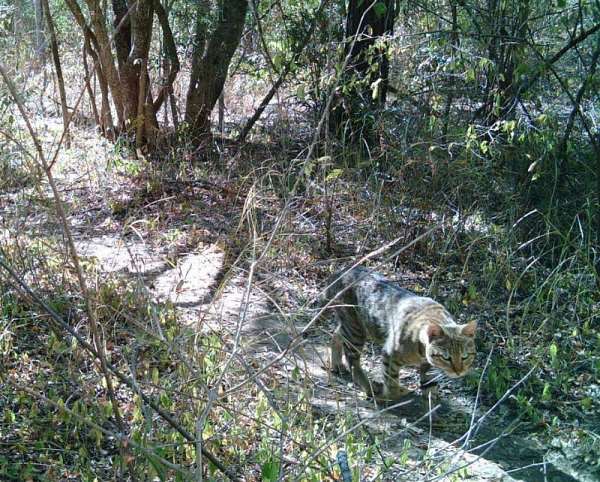 Separated from all other land masses since the Late Cretaceous, when dinosaurs still dominated many parts of the Earth, Madagascar has long been considered a "natural laboratory of evolution". Its long isolation has given rise to unique flora and fauna, most of which have evolved on site.

Madagascar has only four groups of endemic terrestrial mammals: primates (lemurs), rodents, afrothères (formerly insectivores, such as tenrecs) and carnivores. However, great diversity can be observed within these four groups.

With regard to endemic terrestrial carnivores, only one group is recognized: Eupléridae. The largest of these is the fossa (fosa). It is neither a feline (family of cats) nor a canine (family of dogs). It is close to the mongoose and weighs between 5 and 10 kg. It has long been the main mammalian predator of lemurs and other Malagasy mammals.

Thus, the generally accepted opinion is that Madagascar does not have native cats (i.e. felids). However, they are very numerous on the island.

There are two general types of cats in Madagascar: village cats and a "forest" wild species. The Malagasy people have long distinguished between the latter and domestic cats in villages or in the wild, the forest species being often considered a threat to domestic animals, such as poultry. According to eyewitness accounts and reports - including our own - this wild and little-known "forest cat" is also a fierce predator of the famous lemurs of Madagascar.

“Forest cats” are distinguished by their outward appearance, with “tabby” or tabby fur, longer legs and a larger size (weighing up to 5 kg) than other felines. forest cat.

In contrast, "village" cats generally resemble domestic cats seen around the world - a solid color of fur (often white), shorter legs, and a weight of around 2kg. Village cat.

The external morphology of forest cats is therefore very different from that of village cats. It is, moreover, quite similar - in appearance - to African wild cats, observed in the eastern and southern parts of mainland Africa.

Therefore, the origin of Madagascar's “forest” or “wild” cats has long been a mystery. Are they descended from the African wild cat ( Felis lybica ) arrived with the pastors of East Africa, who culturally dominate the southern regions of Madagascar? Did they come from domestic cats ( Felis silvestris ) recently arrived from Europe, the Kingdom of Arabia or Southeast Asia?

To determine the origin / origins of Malagasy “forest cats”, we, with our colleagues, carried out this study.

Our findings reveal that these animals are descendants of cats from the Arabian Sea region. They do not have their origins in the wild cats of mainland Africa, but are rather related to domestic cats.

On the trail of cats

Our team, resulting from the collaboration between scientists from six countries on three continents, collected the genetic data of 30 "forest" cats of Madagascar at two distinct locations: three individuals from the Bezà Mahafaly special reserve in the southwest, and 27 others from Ankarafantsika National Park in the far north of the island.

These data were compared to around 1900 samples from various domestic and wild cats around the world, in order to assess the degree of kinship with Malagasy wild species.

The data collected by our team - combining the expertise, experience and skills of scientists in the field and in the laboratory - showed that Malagasy “forest cats” are more closely associated, in particular with domestic cats coming specifically from the Arabian Sea region, including the Kenyan islands of Lamu and Pate. Malagasy cats are therefore descendants of domestic cats from the Arabian Sea region and not from wild cats from mainland Africa.

When and how did this animal diaspora start? Cats from the Arabian Sea and the islands of Kenya may have arrived in Madagascar during the last millennium, or shortly before, through maritime trade on the Arabian Sea. Several waves of migration to Madagascar, from the Kingdom of Arabia, have followed one another over the past 1000 years.

These migrations brought an architecture, linguistic components and finally a writing in the 18th century; they also brought cats. Thus, the Malagasy “forest cats” are oceanic migrants from elsewhere like other land mammals introduced by man rather than transported by non-artificial rafts, just as, at the option of natural “raft” processes, everything like the ancestors of the lemurs of Madagascar.

What are the implications of this new information for these felids? Our results seem to indicate that the "forest cats" of Madagascar may have been introduced a millennium ago and, in this case, the study of their behavior, their biology and their ecology makes it possible to lift the veil on how whose exotic species adapt to island biogeography, but also to have an overview of feline dispersions.

It should be noted that our conclusions also raise the question of the role of these cats in the forest ecosystems of Madagascar. Should they be eradicated - at least in protected reserves - as has been done on other islands for introduced species?

The conservation issues surrounding this new data are complex and require in-depth discussions to understand the full story of Malagasy “forest cats”.

Michelle Sauther receives funding from the University of Colorado-Boulder and the Margot Marsh Biodiversity Foundation.

By Frank Cuozzo, Biological anthropologist, University of Colorado Boulder And