I Foresaw, Forewarned and Foretold This… 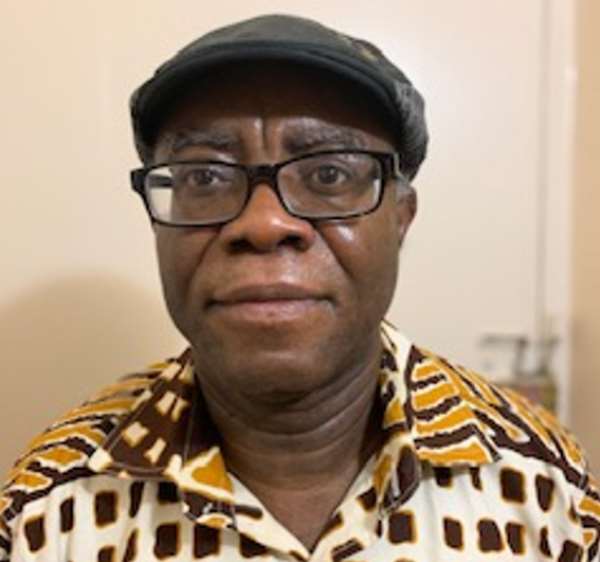 The leaders of the ruling New Patriotic Party (NPP) have a bounden obligation and a great chance of breaking the so-called 8-year jinx that many Ghanaian citizens and voters believe has stone-set the duration in which either of the two major political parties in the country, namely, the NPP and the country’s main opposition National Democratic Congress (NDC), may hold the democratic reins of governance. But, of course, events of the last two electoral seasons, to wit, Elections 2016 and 2020, have amply demonstrated that absolutely nothing is set in stone, particularly when it comes to the choice of whom the Ghanaian electorate would have pilot their country into the near future or a notch up on the development ladder.

Now, what the preceding observation means is that Ghanaians are not the least bit nearly as fatalistic as has been cavalierly imputed to them, especially by operatives of the National Democratic Congress, who have been desperately fighting to be returned to power, and whose occupancy at the helm of our beloved nation’s affairs has invariably meant, first and foremost, another chance to Mega-Heist or plunder the fiscal resources of the country a la Mr. Alfred Agbesi Woyome style. For the latter and his crony movers-and-shakers of the vanguard ranks of the National Democratic Congress, it all boils down to what may be aptly characterized as “One Step Forward and Two Steps Backward,” just like the railroad station clerk in Prof. Ayi Kwei Armah’s classic novel “The Beautyful Ones Are Not Yet Born” (1968), who exclusively envisaged President Nkrumah’s assumption of the reins of governance from the departing British colonialists to be strikingly akin to “The slaughtering of an elephant,” a humongous kill to which all that the newly liberated Ghanaian citizens needed to do was unsheathe their well-sharpened Okapi knives and carve out as huge a portion as their blind and avid greed would allow them.

You see, for the leaders of the National Democratic Congress, access to the reins of governance means almost everything but the sacrificial or altruistic development of Ghana. Supreme Court Justice Jones M. Dotse put his fingers smack on the trigger when he poignantly described the leaders of the National Democratic Congress as “The Looting Brigade.” According to Justice Dotse, the NDC is thoroughly composed of an unconscionable bunch pathological miscreants who are inordinately fixated on “Creating, Looting and Sharing” the fiscal and capital resources of the country. Which is why these NDC operatives are morbidly fixated on getting their most brazenly thievish leader and twice rejected Presidential Candidate and former substantive President of the Sovereign Democratic Republic of Ghana, to wit, Mr. John “European Airbus Payola” Dramani Mahama returned to Jubilee House and the Presidency. This, of course, is the man the Founding-Father of whose own political party, the late President Jerry John Rawlings, described as the most thoroughgoing corrupt and grossly incompetent Ghanaian leader and politician since President Nkrumah’s declaration of the sovereignty of Ghana from British colonial rule.

Mr. Mahama, as has already twice been proven at the polls, is the most beatable Presidential Candidate in Ghana’s postcolonial history. But the tragic irony here is that the main political opponents of Kwame Gonja are for some weird and inexplicable reasons not adequately focused on making this infamous “Shit-Bomber” the veritable relic of bygone days that he ought to have already irrecoverably become by now. One of which logical strategies would have been for President Addo Dankwa Akufo-Addo to have called for the internal democratic election of all Metropolitan, Municipal and District Chief Executives (MMDCEs) of the government of the New Patriotic Party. This would have been an unprecedented triumphant first for the New Patriotic Party and a preemptive winner in the leadup to the 2024 General Election. There is no other constructive and/or effective alternative around this most commonsensical strategy. As well, already, the signs are rife that the continuous appointment of MMDCEs by patently undemocratic executive order is apt to become a fertile ground for needless and interminable litigation for the entire duration of the second term of the Akufo-Addo Presidency (See “I Denounce any Disturbance in Odododiodio [Constituency] in my Name – Mayor Adjei Sowah” Modernghana.com 9/18/21).

His advisers and strategists may very well be his Achilles tendons at this most critical phase of the Akufo-Addo Presidency. Which is not to either say or imply that these decidedly AWOL advisers and strategists have been of any significant or indispensable use in the recent past. The good news here, though, is that it is still not too late, however almost too late it may seem on the surface of things, for Nana Akufo-Addo to call for the immediate internal election of all MMDCEs, if he really desires to leave behind a memorable legacy of superb and unprecedented leadership at the local governance level, one that is squarely and progressively predicated on democratic election and governance of the ruled by their rulers. Stubbornly sticking to the irreparably corrupt “Ahwoi-an” spoils system and regime will simply not wash. Trust me, Dear Reader; trust me, Agya Kumaa.