Ablakwa Is Superficial and Lacks Credibility on Afrobarometer Survey Critique 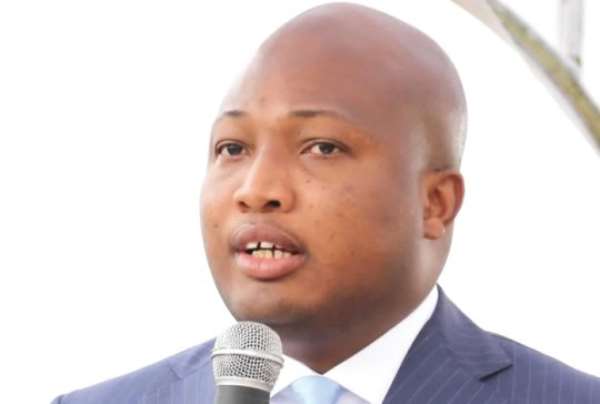 The National Democratic Congress’ Member of Parliament for North-Tongu Constituency, in the Volta Region, Samuel Okudzeto-Ablakwa, is a nauseating one-issue Anti-Akufo-Addo partisan propagandist who abjectly lacks the sort of critical objectivity that is needed to make a more meaningful and constructive sense of the recent opinion poll published by the Ghana Center for Democratic Development (CDD) – (See “Findings from CDD-Ghana Research a Clear Indication that Akufo-Addo Must Sit Up – Ablakwa” Modernghana.com 9/5/21). The uncontestable fact of the matter is that each and every one of us, including Mr. Ablakwa and all Ghanaian citizens, leaders and non-leaders alike, needs to sit up from time to time and take a morally and professionally constructive stock of our individual and collective performances as a society. And then, we can reboot our energy stock or resources and refocus our vision, especially those of us generously endowed with the latter rare human quality, and then aim to be much better than we, severally and collectively, are presently.

I have already highlighted this fact in another column that will shortly be published, so there is absolutely no need to reprise or regurgitate the same herein, except to glancingly add that the Afrobarometer survey would be much more meaningful if it is comparatively contextualized with the performances of all the four leaders who preceded President Addo Dankwa Akufo-Addo, especially vis-à-vis the same temporal spans of governance of these presidential predecessors. In other words, Nana Akufo-Addo’s Fifth Year in office ought to be compared to those of Presidents Jerry John Rawlings, late, and John Agyekum-Kufuor. And then we can compare the 8-year period split between President John Evans Atta-Mills, late, and President John Dramani Mahama. You see, the survey records are already in the data bank; thus, all that Prof. Henry Kwasi Prempeh and his staff of researchers ought to have done, if they were really interested in the totality of the picture of how far Ghanaians have come since the inception of the present political dispensation, or the Fourth Republic, would simply have been to present their data in tandem or sequentially by order of the respective temporal governances of our five Fourth-Republican leaders.

On the whole, I really do not doubt the validity of the survey findings by the CDD, although it would have been far more meaningful if the pollsters or “surveyors” had also added the fact that while, indeed, “62% of [some] 2,400 adult Ghanaian citizens interviewed [had] said that they [did] not have confidence in the ability of President Akufo-Addo ‘to protect the country’s financial resources in the next four years,’” the stark fact of the reality on the ground remains that President Akufo-Addo has relatively more wisely and less wastefully invested our national fiscal and capital resources in the palpable or measurable improvement in the living standards of the Ghanaian people than any or all of his four predecessors. For example, it was recently discovered that the previous Mahama-led government of the National Democratic Congress had willfully and criminally attempted to surcharge the Ghanaian taxpayer the economically seismic and catastrophic amount of $ 4.6 billion (USD) for the transition to Mobile Banking Interoperability, which allowed Ghanaian citizens subscribed to the various mobile phone companies, such as Vodaphone and MTN, to undertake or execute financial and other business transactions with the various banking institutions in the country devoid of any barriers.

But guess what, Dear Reader, this Interoperability Project which had been started by the Mahama government but not been completed, would be brought to an efficient and successful completion by the present Akufo-Addo-led government of the New Patriotic Party at the relatively diddly or giveaway cost of some $ 2.5 million (USD). Now, is there any wonder that the National Democratic Congress is also called the Party of Alfred Agbesi Woyome? (See Google Paul Adom-Otchere’s “Good Evening Ghana” show for more comprehensive details on the Mobile Banking Interoperability Judgment-Debt Trap Set by President Mahama’s Appointees at the Bank of Ghana). This is the kind of brass-tacks of the factuality reality on the ground that the Henry Kwasi Prempeh “Executived” Ghana Center for Democratic Development will not tell you, for reasons that shall be revealed somewhere down the proverbial pike.