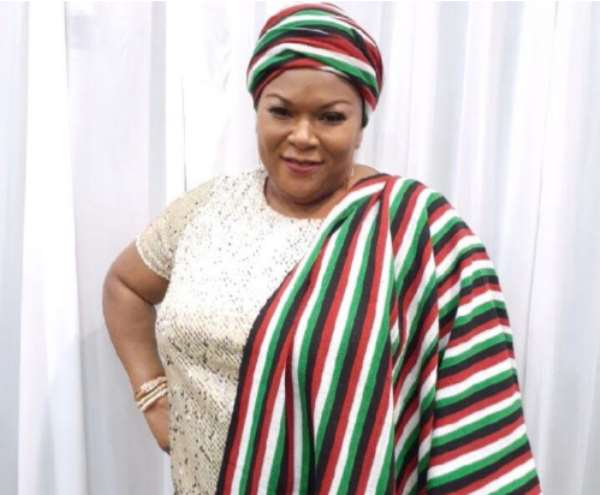 The UK and Ireland Chapter of the NDC Women’s Wing has jumped to the defence of former President Mahama who is under pressure from a cross section of Ghanaians to apologise over his 'do or die' comment.

Mr. Mahama, while on a Thank you tour in Bono East Region declared the 2024 general elections a 'do or die' affair, a comment some Ghanaians including the governing New Patriotic Party(NPP) described as reckless and has called on him to apologise.

But in a statement, the NDC women described the call for apology as misplaced and a ploy to distract Mr. Mahama on his mission to rescue the country from the current economic difficulties.

The statement said it is hypocritical and desperation on the part of the NPP to call on Mr. Mahama to apologise without finding out the meaning of the idiom, 'do or die.'

“In their usual hypocritical nature and desperation to play the equalization game, they have not bothered to find out the proper understanding of ‘do or die’. Do or die is used when someone is very determined. It is used to describe a situation in which you have to do something or you fail or lose. The synonyms will be unbending, resolute, unrelenting," the statement noted.

According to the NDC women, former President Mahama will not apologise to anybody and the NDC is determined to hold the electoral commission accountable to ensure a free and fair elections in 2024.

Below is the full statement from the NDC UK and Ireland Chapter Women’s Wing:

The women’s wing of the National Democratic Congress (NDC), United Kingdom and Ireland Chapter, has observed with interest attempts by New Patriotic Party (NPP) and its cohorts to get his Excellency former President John Dramani Mahama to apologise for his ‘do or die’ comments made in one of his engagements during the thank you tour.

The NPP is still haunted by the infamous ‘all die be die’ comments made by the then candidate Nana Akuffo Addo in 2012 when he said “they have intentions to intimidate us because they believe that we are soft and cowards, if that is the thinking, then we shall see. At least during the Atiwa by – election, we showed them something. You must understand that this party was formed by courageous people. Our leaders who formed this party that has now become the biggest political movement in Ghana were not cowards. So in 2012, we need to be courageous because ‘all die be die’. All dies be die”.

In their usual hypocritical nature and desperation to play the equalization game, they have not bothered to find out the proper understanding of ‘do or die’. Do or die is used when someone is very determined. It is used to describe a situation in which you have to do something or you fail or lose. The synonyms will be unbending, resolute, unrelenting. That is what the NDC will do in 2024, to be resolute in holding the Electoral Commission accountable in conducting a free and fair election. Ghanaians are suffering from the incompetent and corrupt Akuffo Addo – Bawumia led NPP government. There is a clarion call for the NDC to come and rescue the country from the abysmal and incompetent NPP government. This call, the NDC, intends responding to and is determined to ensure that this time the will of the people will be respected as opposed to what happened in 2020.

As politicians and leaders, the least expected of us, from voters is, when they queue in the sun to cast their votes, we protect that ballot and make it count. The NDC party led by John Dramani Mahama in 2024 election intends to ensure that women, the aged, and all voters who go through various challenges to vote for their preferred candidate will have that vote accounted for and their decision respected. It is with this spirit and determination that his Excellency the former president made that comment. The call for an apology from him is a misplaced one and will not be distracted from his focus on rescuing the country from the mess and economic hardship.