By David Coffey with RFI
Australia 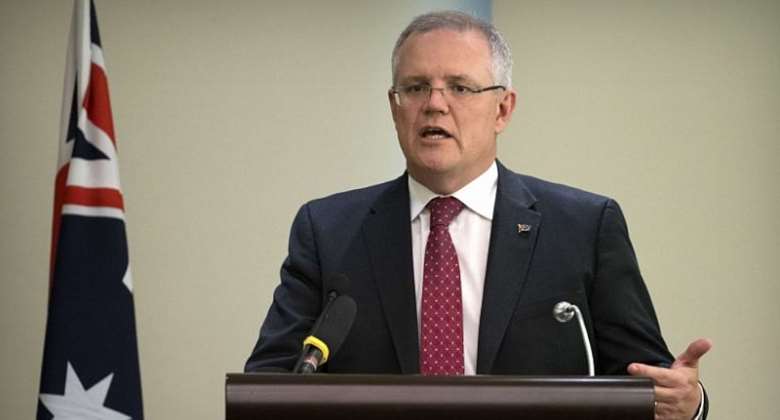 Australia's Prime Minister Scott Morrison said this Sunday that he understand's France's disappointment over Canberra's cancellation of a submarine deal in favour of a pact with the United States and Britain but that Australia needed to protect its national interests.

Speaking at a press briefing, Morrison said :"Of course it's a matter of great disappointment to the French government, so I understand their disappointment. But at the same time, Australia like any sovereign nation must always take decisions that are in our sovereign national defence interest."

Morrison's comments come as France accused Australia and the United States of lying over the ruptured Australian contract to buy French submarines, warning a grave crisis was underway between the allies.

Australia's decision to break the deal for the French submarines in favour of American nuclear-powered vessels has sparked outrage in Paris, with President Emmanuel Macron recalling France's ambassadors to Canberra and Washington in an unprecedented move.

The row has sparked a deep rift in America's oldest alliance and has dashed hopes of a post-Donald Trump renaissance in relations between Paris and Washington under President Joe Biden.

Speaking to France 2 television, Foreign Minister Jean-Yves Le Drian gave no indication Paris was prepared to let the crisis die down, using distinctly undiplomatic language towards Australia, the United States and Britain, which is also part of the three-way security pact.

"There has been lying, duplicity, a major breach of trust and contempt," Le Drian said. "This will not do."

He described the withdrawal of the ambassadors for the first time in the history of relations with the countries as a "very symbolic" act that aimed "to show how unhappy we are and that there is a serious crisis between us".

For its part, Australia has rebuffed French accusations of betrayal, with Defence Minister Peter Dutton insisting Canberra had been "upfront, open and honest" with Paris about its concerns over the deal.

Le Drian also issued a stinging response to a question over why France had not recalled its ambassador to Britain, which was also part of the security pact that led to the rupture.

Of London's role in the pact under Prime Minister Boris Johnson, he added with derision: "Britain in this whole thing is a bit like the third wheel."

NATO would have to take account of what has happened as it reconsiders strategy at a summit in Madrid next year, he added.

France would now prioritize developing an EU security strategy when it takes on the bloc's presidency at the start of 2022, he said.