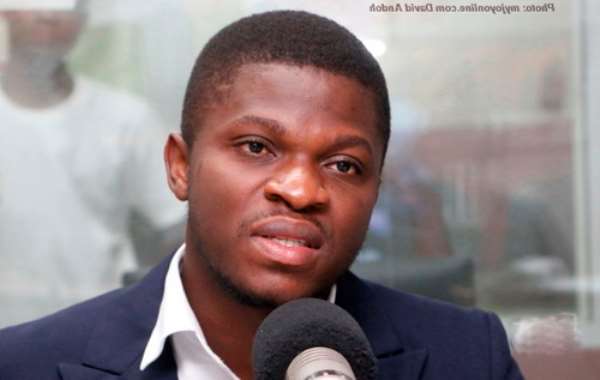 It was extremely surprising when the NDC’s Communication Officer, Sammy Gyamfi, immersed in a gamut of emotions, audaciously came out during the 2020 voter registration exercise and issued threats to the security forces, whose only crime was to discharge their constitutionally mandated duty (see: We'll deal with you mercilessly when we come to power - Sammy Gyamfi threatens recalcitrant soldiers, policemen - ABC News, 23/07/2020).

Sammy Gyamfi is said to have asserted somewhat brashly: “Notice is hereby served to all unscrupulous Security Officials who have lent themselves to the despotic Akufo-Addo government as plaint agents of violence against innocent citizens, that the next NDC government will fish them out and deal with them mercilessly when power eventually shifts.”

“What the plan is and we are telling them all the people there they are making…the Police officers there, they are making their Police Career… The Military Officers, they are making their career in the Military, that respected State Security Agency coterminous with that of President Akufo-Addo. The day President Akufo-Addo will exit office will be the last day they will serve as Policemen and Military men and we will deal with them mercilessly. That is the message we are sending across to them”, a furious Sammy Gyamfi at a press briefing on Wednesday- July 22 2020 (SOURCE: www.Ghgossip.com).

Well, I would like to think that it is only in Ghana where politicians harbour an isolated thinker’s view that electorates remain their bona fide commodities and therefore can be threatened, hoodwinked, and manipulated at their own convenience.

If that was not the case, how on earth can a so-called politician threaten a section of the voting public with unabashed disgust?

Election, so to speak, is a social contract whereby a candidate solicits for an electorate’s mandate in exchange of better living conditions, among other things, security and protection of life and property.

The adult universal suffrage, as a matter of fact, is a sacrosanct exercise and cannot and must not be trampled upon by some manipulating political geezers.

Given the circumstances, it was not surprising that the NDC lost the 2020 general elections.

Of course no right thinking person would want to lose his/her livelihood, so it was a step in the right direction for the aggrieved security personnel to vote in protest of Sammy Gyamfi’s somewhat improvident and incoherent statement.

Although the unhappy security forces cannot block Sammy Gyamfi and his cohorts from coming into power futuristically, they can ventilate their fury in condemnation over the ridiculous statement.

In as much as some of us appal and cannot justify coup d’état, Sammy Gyamfi’s misguided statement is a recipe for disaster.

In fact, the worst form of democracy is better than a coup regime. Take, for example, Ghana’s coup days under the jailbreaking founders of the NDC could be likened to: “in the China of “the Great Helmsman,” Kim Il Sung’s Korea, Vietnam under “Uncle Ho” , Cuba under Castro, Ethiopia under Mengistu, Angola under Neto, and Afghanistan under Najibullah”.

In their desperate attempts to get rid of the alleged sleazes and corruption, many Ghanaians were unjustifiably murdered or tortured mercilessly for apparent minimal offences.

In any case, we can only hope and pray that Ghanaians will stencil the revoltingly ugly statement at the back of their minds and make Sammy Gyamfi pay for his fecklessness in the future elections and thereby preventing any potential insurrection.