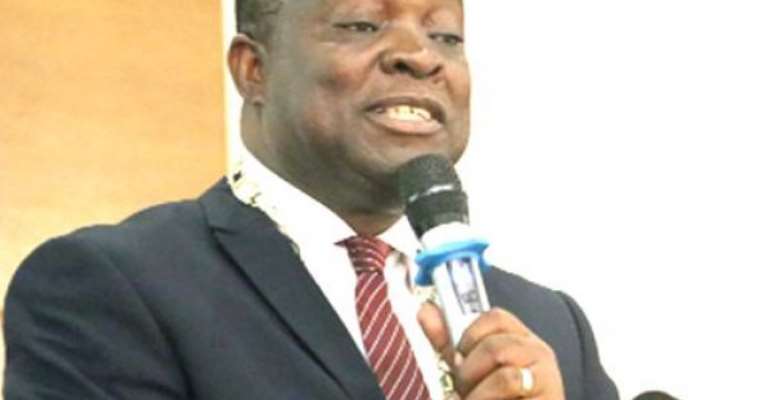 Participants at a forum organised by the Public Interest and Accountability Committee, (PIAC) have called for judicious use of oil revenues on legacy projects rather than spreading the resources sparsely.

The move would ensure that future generations would have something concrete to hold on as benefits from the finite resources during their time.

The call is to compel the government to undertake region-specific projects with lasting impact in promoting fair share of the National resource.

The PIAC forum was organized as part of the Committee's tenth anniversary celebration, and to create awareness on its monitoring and compliance role, to ensure that oil revenues were protected and well utilized.

Over the last ten years of dealing in oil, the country has accrued not less than six point five billion dollars, but the monies have been used on projects not too visible in the Country.

"Petroleum Revenues have been used to tackle too many national problems at the same time, thus weakening the greater potential impact of the oil resources," PIAC observed.

PIAC also holds the believe that the few legacy projects should be identified and supported by the Annual Budget Fund Amount.

Professor Kwame Adom-Frimpong, Chairman of PIAC, added, "PIAC also believes there ought to be a properly conducted impact evaluation of priority areas to precede the selection of new areas".

Other concerns included, the need to invest more in Agriculture, the establishment of childhood Cancer centres across the country, moral, honest and good Leadership Development.

Madam Jane Williams, a mother who lost her daughter to childhood cancer, cried over the many children dying of the disease and stressed the need for the authorities to turn attention to that area.

According to her, of the 1,200 that were infected with the disease, only 400 assessed cares because, only two hospitals, Korle Bu and Okomfo Anokye Teaching Hospitals have centres that treat children with the disease.

She called for an immediate action to save the lives of kids with cancers and also lessen the burden on parents of such children.

Osabarima Kow Ntie II, former Member of PIAC, who obviously was also not satisfied with the number of the projects executed with oil money, retorted, "Na Sika no wo hen” and called for more sustainable development plan for the utilization of the oil revenue.

He said, leadership should endeavour to share fairly the natural resources to the benefits of all.

"We cannot continue to leave such projects to hang in the bushes because parties have changed power, the monies are for the state and such projects must be continued," he added.