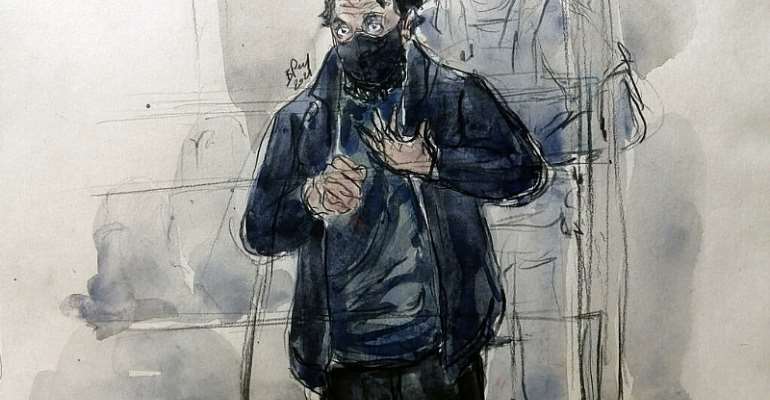 The second week of the Paris hearing at which 20 men are being tried for their alleged involvement in the terrorist attacks which killed 130 people in the French capital in November 2015, came to an end with the presentation of the police report on what happened at the Bataclan music venue, where 90 people lost their lives.

"I had never seen anything like it," senior police crime scene investigator Patrick Bourbotte told the Paris courtroom. "The emergency lighting was cold, white. It created a cathedral atmosphere.

"I walked forward. There was congealed blood on the ground, bone, teeth, bits of clothes, bags, phones . . . and bodies, bodies, bodies."

That was the scene at the Bataclan early on 14 November 2015, the morning after the attacks.

"It was so vast, so complicated, it was more like an air disaster than the aftermath of an armed attack."

Patrick Bourbotte immediately decided to divide the vast space into a series of zones. His task was to coordinate the efforts of the various forensic teams which would work at the site through the night and, indeed, for several weeks after the attacks.

"There was total chaos when we arrived," he explained. "The criminal brigade is always the last to show up at a crime scene," Bourbotte continued.

"Once the anti-terror assault units had brought the attack to an end, the priority was to ensure the security of the site, help the injured, evacuate the survivors."

The sequence is very clear. The investigators keep out of the way.

Once the bomb squad had established that there was no risk of further explosions, two of the three attackers having detonated suicide vests, the medical teams began their work. Patrick Bourbotte and his men used the time to examine the outside of the venue.

They found six bodies, either killed by the attackers as they entered the Bataclan, or dying from their injuries as they tried to escape. One man died on an ambulance stretcher on the street, misdiagnosed by first aid workers as "not gravely injured".

Members of Bourbotte's team also found the black Polo vehicle in which the three killers had arrived at the Bataclan, and the dumped mobile phone used to send their last message to a number in Brussels: "We're on our way. It's starting."

Those discoveries enabled the rapid mobilisation of Belgian criminal investigators.

By the time he got inside, Patrick Bourbotte had an idea of the scale of the task. Which did not save him from a moment of frozen shock at what he saw.

"If the word stunned is ever appropriate, that's the word I would use."

At the trial, Bourbotte played just 22 seconds of more than two hours recorded on a dictaphone found on the Bataclan floor. The person who had wanted to record the concert by the Eagles of Death Metal also recorded the attack.

Bourbotte warned us that 22 seconds is a very long time.

We heard the music, the sharp reports of several gunshots, a scream, strange guitar noise, and then a hail of shots against sudden silence. After the previous day's silent videos of the terrace shootings, this was the opposite. Sound without pictures. It is hard to say which was worse.

In the brief pause before the witness was questioned, friends and family hugged one another in silent, tearful grief. The red badges which protect the privacy of those who do not wish to talk to journalists seemed an idea of genius.

And a tight scrum of cameras, lights and microphone-wielding journalists jostled to capture the observations of those . . .  families of victims, survivors, lawyers . . .  whose green badges indicated that they were prepared to speak.

It seems to me that red badges outnumber green ones. It's not difficult to understand why.