Two Days To Go, And Enthusiasm Of NPP Registrants Target of 6.7million In Ghana Falls Below 10% 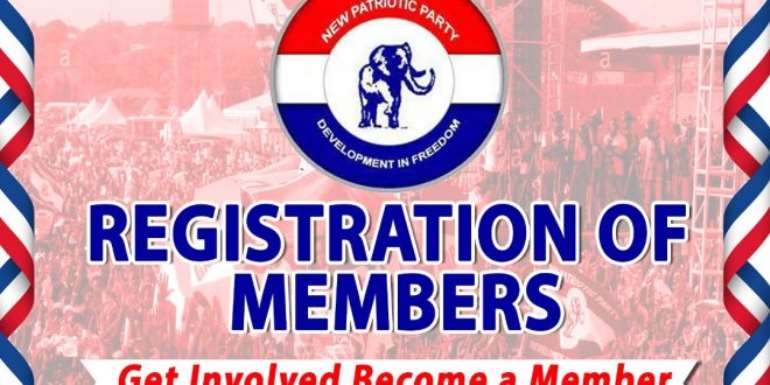 Reports from the ongoing registration exercise (roll call) of NPP members in the Ashanti Region indicates that the program is bound to flop.

The NPP has embarked on a nationwide 10-days exercise to compile a new register of its members at each polling station, in a bid to bolster confidence among members in the party and also to reinvigorate the party base towards a myth to break the 8-years jinx, a turf battle between the NDC and the NPP of the duration in office. However it appears from data and science, that enthusiasm nationwide but most especially in the Ashanti Region has waned and gone down.

The immediate reason is yet to be ascertained but given the stipulated timelines with seven days out of 10 spent, the performance marks shows an average of 20 people out of an average of 500 have so far registered at polling stations in the Ashanti Region. By such measures for illustration purposes, it means an outstanding 480 people haven't registered, implying an abysmal performance.

It isn't exactly clear if it is as a result of apathy towards the exercise, or an indication of an existing anomaly of vote padding and swapping of votes associated with claims made by the NDC in its petition to the Supreme Court challenging the results of Elections 2020. The Supreme Court ruled against the petitioner, HE John Dramani Mahama, the NDC presidential candidate for Elections 2020. It is also a bare fact, that voting for the NDC or NPP isn't an indication of membership or necessarily a criteria for a party activist.

Suffice it to say further reports show, that the last time the exercise was conducted prior to Elections 2016, the enthusiasm was very high and soared beyond their expectations. But the story is different, according to reports gathered from Ash FM, and Wontumi FM, Kumasi-based FM radio station with a massive listenership. To buttress the point, they said a trace to many of the officers assigned to the registration centres indicated that the officers had abandoned the work. At one of the polling stations, they found out that the officer had gone to his farm. According to him, the slow turnout wasn't encouraging but worth his while to pass the time on his farm.

Confirming the story, the Ashanti Regional Vice-chairman of the NPP, Nana Denkyi who also doubles as the Regional Director, NADMO, said the exercise has been well funded and adequately resourced not to suffer such an outcome yet it was heading for a flop according to the reality on the ground. However, he was quick to show optimism and reassured the general public, that the exercise will end successfully by the stipulated date of schedule without any extension in dates intended.