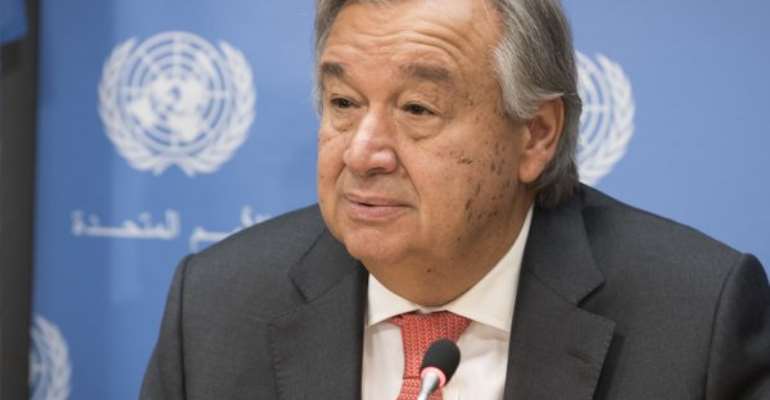 A statement issued by the UN, copied to the Ghana News Agency, said this was part of immediate action to protect the most precious global assets and to deliver on common aspirations of humanity.

“We are at a pivotal moment. The choices we make now could put us on a path towards breakdown and a future of perpetual crisis; or breakthrough to a greener and safer world,” the UN Secretary-General said.

“The SDG Advocates use their considerable spheres of influence to reach new constituencies to act now and keep the promise of the Sustainable Development Goals for people and for the planet.”

The statement said Nobel Laureate Kailash Satyarthi, the 2014 Peace Prize winner, would focus on protecting and promoting the rights of children around the world.

“Peace, justice and sustainability will only be achieved when every child is free, safe, healthy and educated. Every child matter,” Mr Satyarthi said.

“As the youngest SDG Advocate, I want to be a voice for youth, especially for girls, to improve intergenerational dialogue in decision-making places, and to lay the groundwork to establish digital rights around the world,” Madam Rabanal said.

The statement said Mr Brad Smith, as Microsoft's President, plays a key role in spearheading the company's work on critical issues involving the intersection of technology and society, including cybersecurity, environmental sustainability, human rights, and philanthropy.

It said in his role as SDG Advocate, Mr Smith would focus on bridging the digital skills gap and highlighting the importance of setting bold goals focused on environmental sustainability.

“The scale and size of the challenges the world faces today, like poverty, inequality, and climate change, require all of us to join forces and develop new solutions, many of which can be enabled or accelerated through digital technology, Mr Smith said.

“As we aspire to live our mission to create opportunity for everyone, everywhere, we look forward to partnering with governments, industries, and civil society on the UN's 17 SDGs by contributing our creativity, expertise, and know-how to unleash the power of digital technology”.

The statement said as the most subscribed pop artist on YouTube with more than 65 million subscribers globally, BLACKPINK had engaged with the 26th UN Climate Change Conference of the Parties (COP26) to encourage young people to take climate action to protect the planet.

“We truly believe in the importance of collective action. We will only be able to make a difference when we come together, for the good of everyone. Now is the time to act for a safer tomorrow and a better future,” they said.

The statement said Co-chaired by President Nana Addo Dankwa Akufo-Addo of Ghana and Prime Minister Erna Solberg of Norway, the United Nations Secretary-General's SDG Advocates are prominent leaders in the world and are working to mobilize action to deliver the SDGs by 2030.

Encroachers on KNUST lands will face my wrath — Otumfuo war...
49 minutes ago