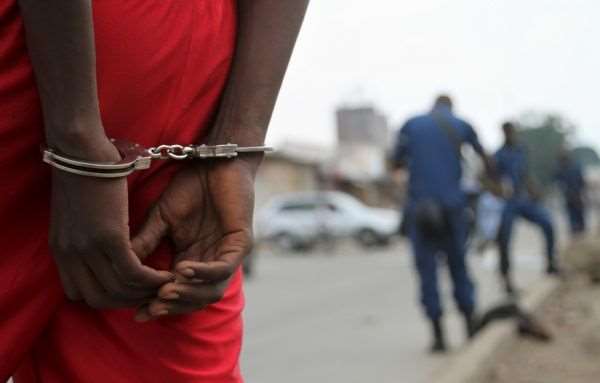 National Security operatives have arrested one Gideon Darko, who is reported to be behind the rogue website, Jerusalema, which is purported to be leaking question papers in the ongoing West African Senior School Certificate Examination (WASSCE).

The suspect was arrested on Friday at his hideout in Kasoa in the Central Region.

Last week, WAEC announced that it had rescheduled two papers after detecting a possible leakage of the questions on social media and on “rogue” websites prior to the exams that was due last Wednesday.

“The cheating social media groups were in full swing prior to the conduct of the mathematics and the English language papers on 9th and 13th September,” the Head of the Council's Test Administration Division, George Ohene-Mantey, said.

The Head of Legal at WAEC, Reverend Victor Brew, in a Citi News interview said his outfit is working with all relevant agencies to ensure that the suspect faces the law.

“There is this gentleman called Gideon Darko who was arrested at Kasoa on Friday, September 17, 2021. We have actually been doing some surveillance underground which led to his arrest.”

“This actually is not the first time because when the examinations start, this “Apor” thing is a whole big thing around the country but we set our intelligence in motion right from the start and it led to his arrest”.

Meanwhile, WAEC has announced new dates for writing the Physics and Business Management papers which were postponed.

WAEC in a statement said the Physics exam will be taken on Friday, October 1, 2021, while the Business Management exam will be written on October 7, 2021 at 8.30am and 1:00pm respectively.