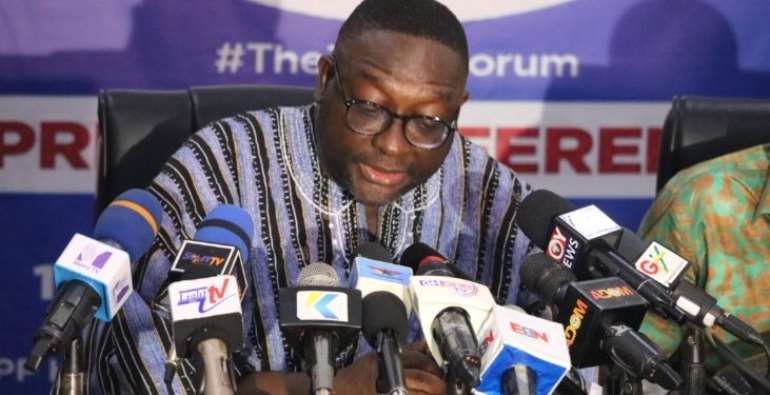 The New Patriotic Party (NPP) has urged its members especially constituency executives to accept the Metropolitan, Municipal and District Chief Executives (MMDCEs) that will be named by President Nana Addo Dankwa Akufo-Addo soon.

President Akufo-Addo in January 2021, directed all MMDCEs to remain at post until new ones are appointed.

Nine months on, the President is yet to announce his MMDCEs for his second term. The development according to concerned citizens and organisations has made the operations of the MMDCEs ineffective

Ahead of the big announcement, the NPP at a press conference in Accra on Friday, September 17, 2021, has admonished its members to welcome whoever gets the nod to lead at the local government level.

“We expect all stakeholders, especially party executives at the grassroots level, to accept the list that will be released in good fate,” the Director of Communication at NPP, Yaw Buaben Asamoa told journalists at the press conference.

He continued, “Every nominee on the list is selected by the President, and we expect party grassroot executives to trust his judgement and support the approval process for these nominees.

“Of course, not everyone will have their preferred choice, however, we believe that as much as possible every eligible candidate must have had a fair bite of the election process.”

This comes as a proactive approach to avoid expected clashes that may occur between factions when the appointments are finally made official.

In a twist to the delay of the MMDCE appointments, there are allegations that it could be a deliberate attempt by the Akufo-Addo government to sit on the District Assembly Common Fund that was expected to be released this year.

“I thought they said they had the men. What consultation is keeping the assemblies for almost one year? They are just playing so that the year will end and common fund will not get to the assembly,” Benjamin Komla Kpodo told Citi News on Friday evening.

Hottest Photo Reports
Catch up with all the political quotes from our politicians.
Advertise here
More NPP News
ModernGhana Links
27 E-blocks: Termination of contracts long overdue – NPP Chairman
Disgraceful NPP could find money for 'useless' things but none for 27 Mahama E-blocks – Ablakwa jabs government
“I came back from exile and I’ve served NPP faithfully, loyally and hard’’ — says Boakye Agyarko as he declares intention to lead NPP into 2024 polls
A/R: We don't want a Chairman who display gold on TV but neglect his boys — NPP's Delta Force members hoot at Wontumi at delegates conference
Ashanti Regional NPP holds delegates conference
Former NPP MPs want voting rights in party elections
A/R: Am your Messi, kick me out from NPP and you'll suffer like Barcelona in 2024 – Chairman Wontumi warn delegates
'We can't complete all E-blocks at once; we came with our own agenda' – Former Adentan NPP PC
Fuel price hikes: NPP's ghost haunting them – Victor Quarshie
TOP STORIES