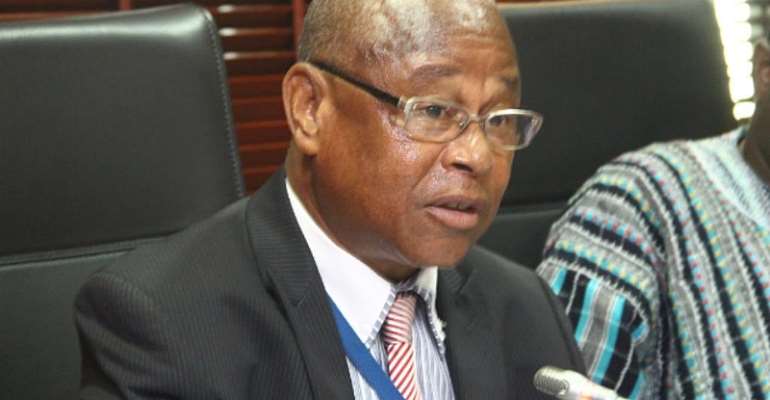 Member of Parliament (MP) for Ho Central, Benjamin Komla Kpodo has said he foresees government delaying the appointment of the Metropolitan, Municipal and District Chief Executives (MMDCEs) even to the close of the year.

According to him, the delay of the appointment is a deliberate plot by the President Akufo-Addo government to sit on the District Assemblies Common Fund that would have been released this year for the DCEs to use to work.

“I thought they said they had the men. What consultation is keeping the assemblies for almost one year? They are just playing so that the year will end and common fund will not get to the assembly,” Benjamin Komla Kpodo told Citi News on Friday evening.

The Ho Central MP who is also Deputy ranking on Parliament’s Local Government Committee adds that it appears the ruling government has totally politicized the appointment of MMDCEs.

Hon. Benjamin Komla Kpodo opines that it is clear the President is confused with the entire process.

“There has never been this kind of confusion in the appointment of MMDCEs. It is a concept that is devoid of partisan politics. I do not know what the president is doing. It appears the president is utterly confused about the process.

“It appears there is confusing all over. The political interest is really at work in the NPP. The power brokers are fighting against each other on who becomes the MCE,” Hon. Benjamin Komla Kpodo added.

President Akufo-Addo in January 2021, directed all MMDCEs to remain at post until new ones are appointed.

Nine months on, the President is yet to announce his new MMDCEs for his second term. The development according to concerned citizens and organisations has made the operations of the metropolitan, municipal, and district assemblies ineffective.