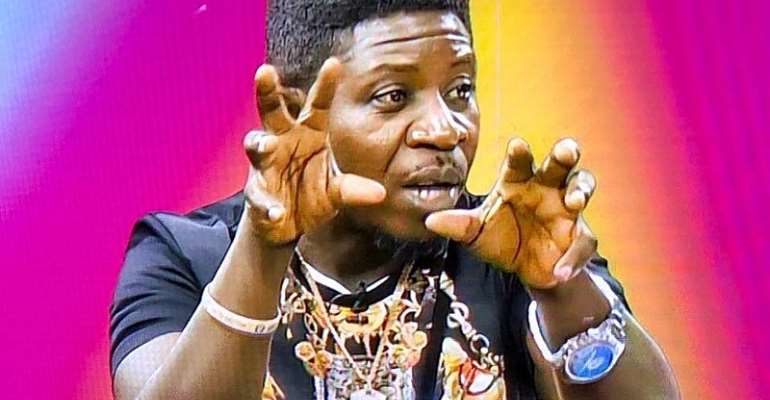 In fulfilment of his 2016 presidential campaign to Ghanaians, President Akufo-Addo and his NPP government initiated the free Senior High School (Free SHS) policy in September 2017 after winning power.

The policy has now become an essential part of Ghana's educational system.

But speaking in an exclusive interview on Fresh Radio, a Germany-based Ghanaian radio station, the leader of the Akatakyie group, Pharaoh stated candidly that the Free education policy is his.

"Simply because I never had education; I wanted ordinary persons like those in the villages to get good education so I wrote about free education,'' Pharaoh told the host of the show P Fresh.

He continued, "So today if the policy has been implemented, I am happy some parents are okay ...My daughter is also a beneficiary of the policy...we are all suffering but with the free education policy, the government has done well on that."

Upon persuasion by the host to reveal whether he was an NPP sympathiser, the 'Odo Sisi' hitmaker denied saying, " I am not an NPP sympathizer...They made a lot of promises which they have still not fulfilled ... I just like the free education policy."

Akatakyie made up of Prince Kwabena Budu Asumaning better known as Kobby Culture and the leader, Pharaoh, in 1999, made a lot of waves on the Ghanaian music scene with their debut album, Ghana Mbaa.

They have many hit songs like ,Odo Esikyire, Esi, Odo Esisimi, Agoo and Ghana mmaa

Listen to the interview below:

Take me to court, I will get the court to also overturn the ...
24 minutes ago

We’ve revamped TVET education in Ghana than any government –...
24 minutes ago