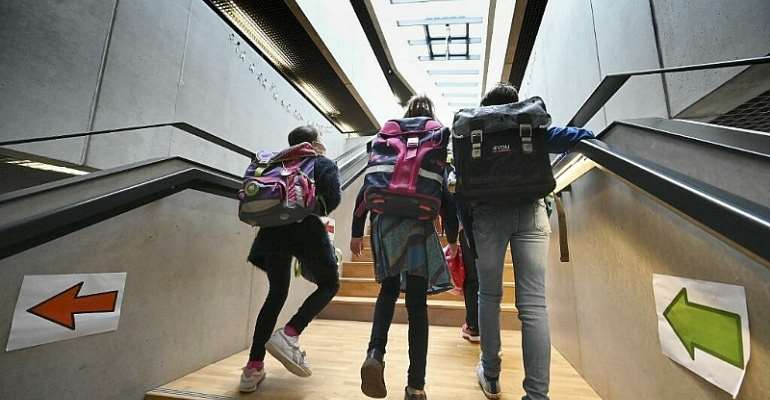 France's education minister on Friday urged teachers to be vigilant after a bizarre cyber-harassment campaign erupted on social media among school students targeting those born in 2010.

The viral hashtag #anti2010 has alarmed parents because it involves 10- and 11-year-olds in sixth grade -- which marks the all-important entry into secondary school.

The origins of the insults and online threats are unclear but appear to have emerged on the TikTok video sharing platform that is hugely popular with young people, possibly in response to video games.

"The warm welcome of sixth grade students and their successful integration thanks to their classmates and adults are an essential issue of school life," Education Minister Jean-Michel Blanquer said in a letter to school heads, urging them to "reinforce vigilance" on the issue.

In a video posted on Twitter with the #BienvenueAux2010, he said families could report such harassment on an emergency hotline and that any pupil behind such bullying would be subject to punishment.

His intervention came after the main federation of school parents, the FCPE, urged the government on Wednesday to "act urgently... as children born in 2010 have become the target of a campaign of insults, harassment and cyber-harassment".

"Even if a large number of children do not use the platforms, for those who spend time there it is obvious that their mental and psychological health is in real danger," it said.

French media have said the phenomenon has seen older children mocking those born in 2010, criticising their dress and tastes as immature and uncool.

The Lille-based Voix du Nord daily spoke to one young pupil in northern France after her mother complained on Twitter that her daughter, born in 2010, feared going to school because of the insults.

"I'm not on social networks, but I go often to the skatepark and the older kids keep telling us 2010s are going to get hit and insulted when we go to school on Monday because of videos on TikTok," Julie (11) told the newspaper.

Police to fight crime with dogs
35 minutes ago