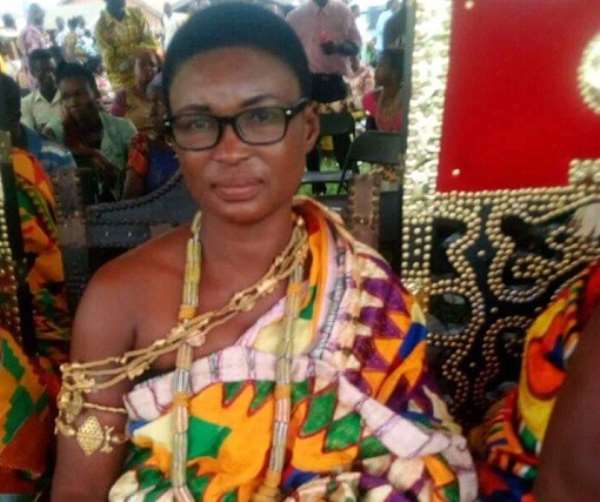 A statement signed by the Acting President of the Upper Axim Traditional Council Nana Edusei II, said the decision to destool the Nkosuohemaa, known in private life as Diana Ofori, was done in consultation with the leadership of the Traditional Council.

The Acting President of the traditional council noted that the decision was taken at the council's meeting held on Friday, September 9, 2021.

He said at that meeting, all the necessary traditional rites to destool the Nkosuohemaa, were performed.

He explained that the Nkosuohemaa was destooled because of her insolence and total disrespect to the traditional authority.