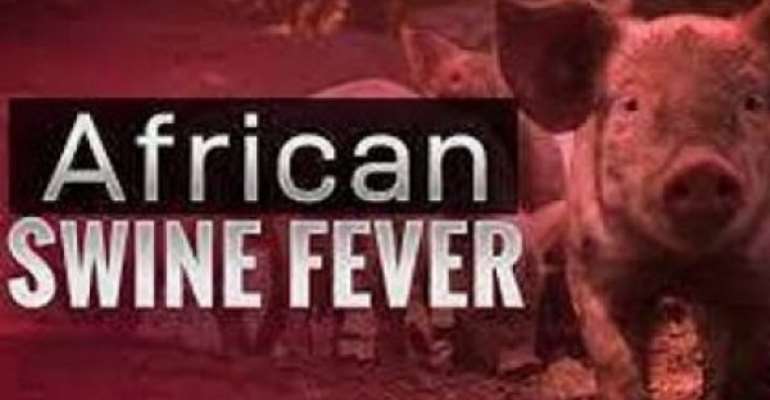 The African Swine Fever (ASF) outbreak in the Jaman North District of the Bono Region has killed more than 200 pigs at Jankufa, a farming community in the District.

Seven pig farms have also been affected by the virus, Dr Donald Joachin Darko, the Bono Regional Director of the Veterinary Services, told newsmen in an interview in Sunyani on Friday and that all the dead pigs had been buried.

Dr Darko said samples from the pigs had been taken and examined, which confirmed the disease, and that the Directorate had intensified monitoring and supervision to halt possible transportation of pigs from the area.

“The Directorate has also declared a total ban on the movements of pigs and pig products in the District to stem the spread of the disease,” he said.

Dr Darko said the office had also met with pig farmers, assembly members and other opinion leaders to deliberate on the issue.

It had directed the Municipal/District Veterinary officers to scale up surveillance and ensure any farmer or trader who transported pigs had cover documents, he said.

Pig farmers and traders who failed to acquire cover documents from the Veterinary Services Directorate before transporting the animals would be arrested, he said.