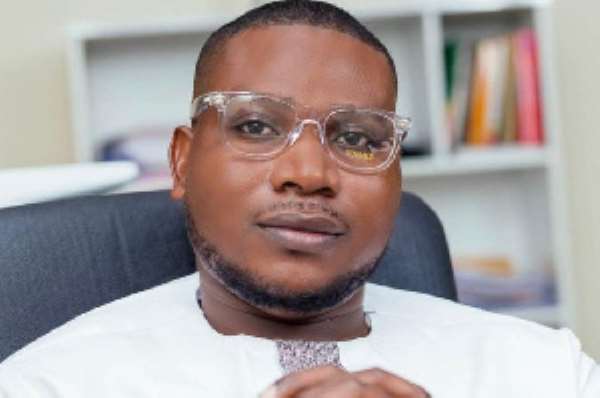 He says with all the experience the Vice President has gathered in life, coupled with the opportunity of chairing Ghana’s Economic Management Team, it is unacceptable for him to continue talking theories that do not relate to the real economic situation in the country.

According to him, the Vice President must show practical knowledge that will, among other things, change the ailing economy under Akufo-Addo's administration.

Mensah Thompson noted that with his current position, the Vice President should have rather allow his aides to be talking about the theories he used to propound when he was in opposition.

"So that the aides could be dealt with at their level, but when you reduce yourself to this level, you will force some of us to speak straight to your face that this is not what we expect from you Mr. Vice President.

“As chairman of the Economic Management team, as a former Deputy Governor of the Central Bank who has gathered so much experience, given so much lectures on the economy of this country, proposed fantastic economic theories in this country, and today you have access to power to fix the problem, to change the focus of the economy, to reduce the leakages and wastages in the system, to create jobs for our teaming young people and you’ve turned all these to economic theatricals. This is unacceptable.

“So whenever I get the opportunity to speak, I say that if Dr. Bawumia has any hopes of becoming president of this country, he should stop talking about economics. There are certain things you can send Dr. Gideon Boako to go and do it so that we will deal with them at our level,” the ASEPA boss noted strongly.

Speaking to Omanhene Yaw Adu Boakye on Maakye on Kesben television Thursday, Mensah Thompson said Ghanaians have on countless times told politicians that the economy, education, health care, and the energy sectors must not be politicized.

What the current government is suffering from, according to him, is a dose for politicising everything just to win power.

“When they were in opposition, they made so much noise about the economy and we saw a number of lectures conducted by Dr. Bawumia showing the problems in the economy and how they were going to fix it. Ghanaians listened and gave them power.”

He recounted that prior to the 2016 elections when the then NDC government was touting its single-digit inflation, economic growth, and interest rate, the then NPP in opposition responded that Ghanaians don’t eat economic indicators suggesting that the real situation was in the pocket of the people.

“The same way NDC is also in opposition talking about realities, they will also come and talk about economic indicators when they assume power. And this has become a wasteful cycle which doesn’t do the nation any good. I am looking for a government that is going to be bold enough to admit that we have a fundamental problem,” he stated passionately.