Sunyani: Sex workers beat man to death for refusing to pay after 'enjoyment' 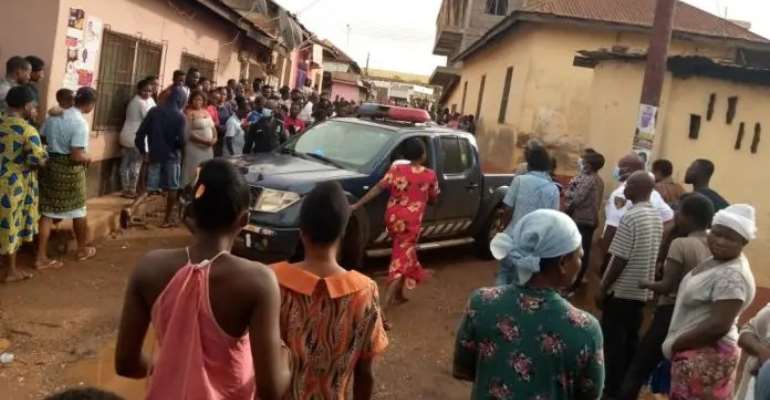 Some women suspected to be sex workers have beaten a man to death at Sunyani-Newtown in the Bono Region.

The man believed to be in his early 30s is alleged to have slept with one of the sex workers but refused to pay after the encounter.

The angry sex worker called in some of her colleagues who joined in to attack and punish him.

After severe beatings, the man who is yet to be identified by name fell unconscious and has sadly died.

The Sunyani District Police was subsequently alerted and have locked up the house where the incident happened as a crime scene.

According to information gathered from sources, the body of the deceased has been sent to the Sunyani Regional Hospital morgue for autopsy and preservation.

Meanwhile, the Police has arrested one of the sex workers as well as the landlord of the house where the incident happened.

They will assist in the investigations while the police work to bring anyone involved in the beating to book.

13 Nigerians who engaged Police in gun battle at Weija reman...
41 minutes ago