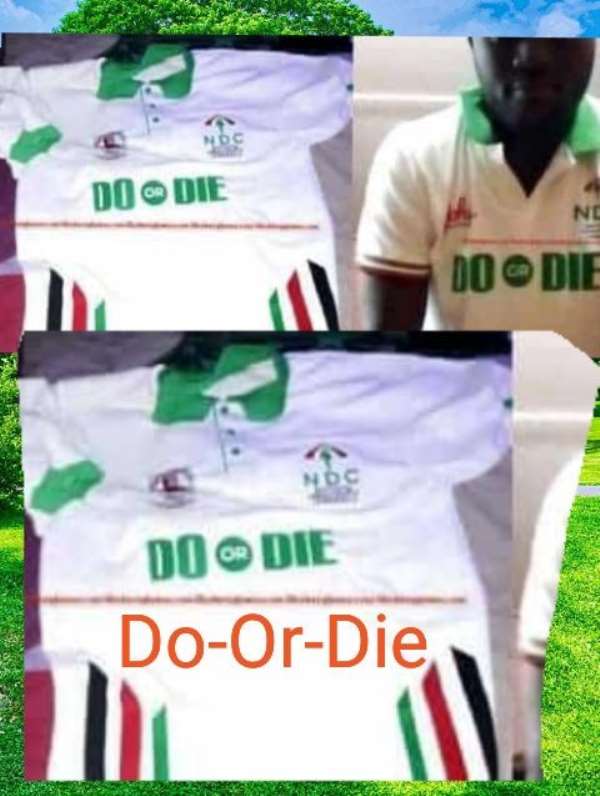 Parable: One day a Friar from Goka joined a bus that was heading to Accra, the capital city of Ghana.

The noble looks of the revered holy man honoured him a joint front passenger seat with a man who was very angry.

The angry man looked melancholia, and was very aggressive, complaining to a supposed relative of his at the other end of a phone call how he's felt cheated, and that he was onboard the bus to Accra and square it out with that relative, his brother, for cheating him in the sharing of their deceased father's property.

According to the angry man who gave his name as Draman, his big brother, Dankwa, deserves not the portion of the father's estate he's occupying. And that the gilded and decor palace the brother resides in the capital city is the residence he the younger one wanted, not the unfancied house in the sweltering dunes of northern Ghana.

Before dropping the call, Draman said to Dankwa that he the big brother handed the keys to the palace to him the kid brother upon his arrival in the palace, or he'll claim it in a _"do-or-die"_ means.

Dankwa too seemed not to be easily overcome, and the Friar overheard him responded to the younger brother that he was fully prepared, armed to the teeth, and it'll be _"all-die-be-die"_ if he's able to carry his threats to the palace.

The Friar, always as pastors do, calmly tapped on the shoulder of Draman, smiled, and counselled him to forebear the business of a warpath he was about, and if there is any misunderstanding and animosity between him and his big brother, they should find peaceful means to solve it, or as elder kinsmen are at home, they should be resorted to for an amicable solution to the rift between them.

Draman, as if possessed by the divisive spirit of unforgiveness, not even the wise counselling and the nobility of the holy man will calm down his heightened tempers, and all along the journey, he complained and cursed his brother Dankwa on top of his voice, burying the sound of the hymnal played on the bus's stereo.

The Friar kept quiet, so did all the passengers, and Draman was left dramatising the way and manner Dankwa will be confronted, be subdued, and bound to the unenvied boys' quarters of their father's property at Kyebi, in the farthest eastern part of Ghana.

No one knew how it happened, but those who survived alongside the holy man blamed it on Draman for distracting the driver with his many tantrums; the bus veered off the road and ended in a ditch. It was a grisly horrific bloody scene.

Some had their limbs broken or chopped off, others their eyes gouged out, and the dead, many dismembered, and unrecognisable.

Draman too died. The Friar came out unhurt.

The rescue party alongside the police officers that came there picked Draman's phone and dialled the last number he called. Dankwa picked it, and was ready to respond in an angry tone as he was with Draman earlier, but the officer reported to him that the owner of the phone has perished in a car accident, hence the calling.

Blood, as the Goka people say it: _" is thicker than water,"_ Dankwa felt the pains of the bad news, the death of his only brother, and he fell into a swoon. Medics were called to the palace to revive and resuscitate him, but he gave up a ghost.

In a day, the two brothers were entombed near their father's grave, and the father's properties fell in the inheriting hands of a stranger.

When former President John Dramani Mahama made the do-or-die comment on a radio station in the Bono East region, many peaceful Ghanaians didn't take kindly to it, what they deemed a rouble rousing chant. The leader of the largest opposition party clarified on another radio station in the Bono region that he meant no harm, but was just playing with words. Which is to mean, 'the "do-or-die" could only be understood by those who knew well the Queen's language, and are not school drop-outs, and can understand idiomatic expression' (sic).

So we took it for good that his comment was innocuous, and had no fire in it to burn our beautiful flower of the Fourth Republican fledgling democracy.

But gradually, those of us following keenly the "Thank You Tour" campaign trail of the former president, and with how his teeming supporters interpret the do-or-die comment every step of the way; are having it disheartening the give-and-take the comment is garnering among the political camps.

Now is the time we take the position of the Friar spoken about in the parable above.

We call on all sides of the political divide to tone down the beats of war drums. On the bus we're on board, no one can guarantee our safe landing if we keep on distracting the attention of the one behind the steering wheel.

Bad luck always does have its ripple effects, so now is not the time to commit a crime of violence with our silence, and looking on, sitting on the fence unconcerned.

If there are grievances, appropriate quarters in parastatals must be reached for a peaceful resolution.

Let there be peace!!!