How long can you thrive on tribal politics? — IB asks Mahama 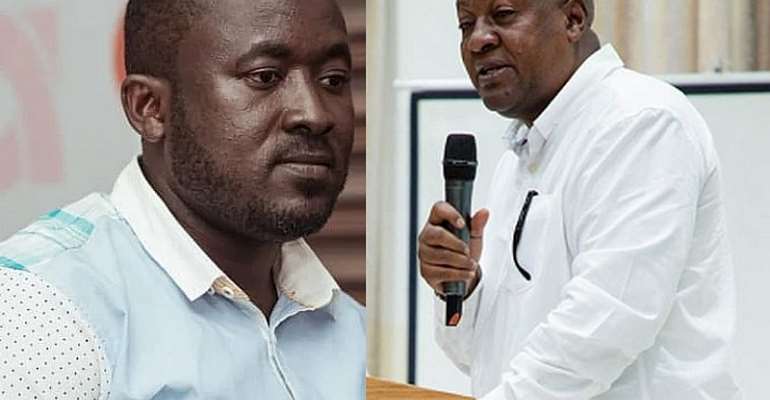 The Ashanti Regional Youth Organiser hopeful of the New Patriotic Party Isaac Bonsu has expressed disgust at the former president Mahama's love for what he describes as tribal politics.

He said the former President has shown over the years that, he can only be successful in elections with the use of tribal politics to create division, hatred and self-pity among sections of the populace.

He noted that with the level of education and information the citizens has acquired, it would be “politically unwise” for the astute politician to continue depending on tribal politics for votes.

Speaking in a telephone conversation with ModernGhana News, IB as he is affectionately called, advised the former President to leave behind a legacy for his followers in politics to admire and remember him.

“I want to humbly advice our former President that, the youth of today need to learn how to get what they need through the right ways and not short cuts or chaotic manner otherwise, the country will not be in a good shape for him in the unlikely event that he wins the 2024 elections.

…how does he feel he will fare should the NPP also begin to play tribal politics? This is the era of massive transformation in socio-economic, technological and other great developments in this country, he should debate the NPP in these areas and stop the tribal politics,” he noted.

“On what score is he going to get those votes? Is it 40 percent of the total votes in the region in 2020 or what?

According to him, the NDC has increased its propaganda in the region in an attempt to cause disaffection thinking “we are still in the olden days where they always lied their way to power.”

“Former President Mahama has realized that the economy is bouncing back speedily and the citizenry are beginning to regain their hopes and joy in the NPP government hence his unfortunate attempt to resort to tribal politics, he will fail,” he stated.