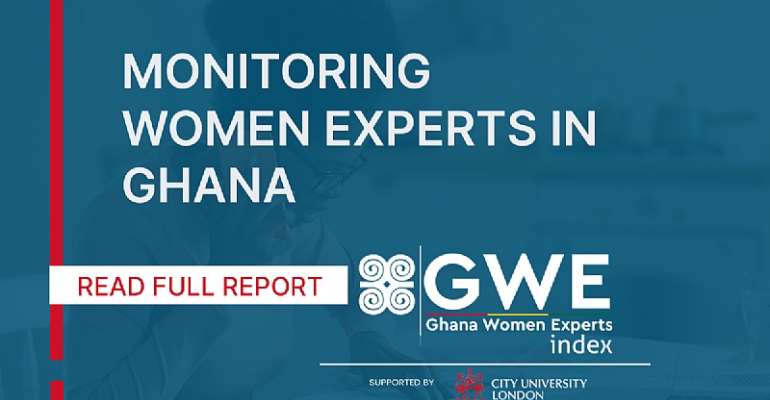 Data gathered by the Ghana Women Experts project between February and June 2021 shows that men dominate radio and television programs. The survey found that politicians, lawyers, doctors, university teachers, and other men who called themselves experts and analysts dominated the programs.

Out of the 1,476 experts featured on the six monitored radio and television shows, only 128 of them were female experts, representing just 8.7 per cent of the total number of experts interviewed on all the programmes. While men dominated all the four Breakfast shows monitored, Starr FM’s Morning Starr interviewed more women experts than the rest.

The survey was conducted under the direction of Nana Ama Agyemang Asante and Betty Kamkam-Boadu, both freelance journalists in Accra with support and funding from the City University of London’s Journalism Department.

Nana Ama said: “The study shows that despite being more than half of the population, 51.2 percent to be exact, Ghanaian women’s voices and expertise remain unacknowledged in the media. Producers argue that the disparity is due to a reluctance on the part of women to appear on shows, but the figures also show that male experts were given more time during interviews than women. It is evident from the data that policies, laws and other national programs are being framed by men for men. The media’s gender gap is not only unfair to women, but it also reinforces harmful and dangerous gender stereotypes.”

Who is an expert?

For this project, an expert is defined as any person interviewed because of their knowledge or authority. Experts include politicians and spokespeople, and professionals. E.g., MPs, local government officials, nurses, teachers, and public relations officers.

Some highlights from the first round of Ghana women experts survey include:

Please click on this link to view the full report:

The Ghana Women Expert project counts the number of women featured in the news as experts through surveys. This project seeks to highlight gender inequality and the erasure of women's voices in the public sphere