By Ato Quayson - The Conversation 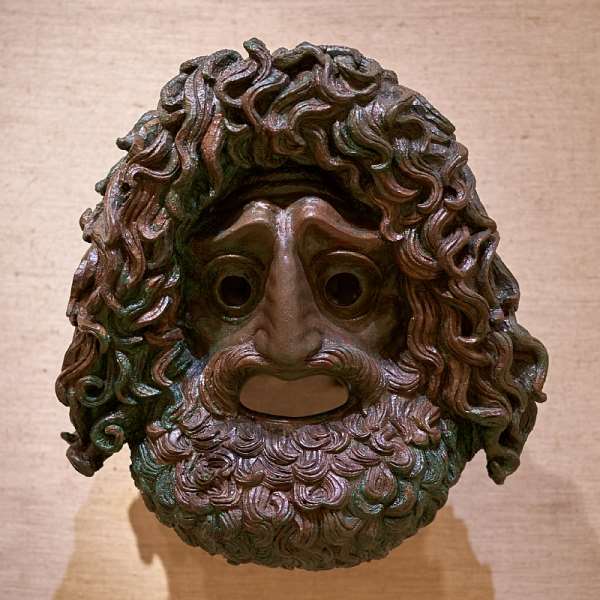 Tragedy and Postcolonial Literature is the latest book from Ghanaian literary critic Ato Quayson . In this Q&A with The Conversation Africa Ghana editor Godfred Akoto Boafo, he shares insights into the book.

How did the book come about?

It was gestated over a period of over 20 years. It started while I was teaching the paper on Tragedy at the University of Cambridge. I was teaching a course on African Tragedies.

It was 1995, the first year in which I started teaching at Cambridge, and in November of the same year Ken Saro-Wiwa and several other activists of the Ogoni people were hanged by the Sani Abacha government in Nigeria. The news came as a great shock to me, and I struggled to relate what was happening in a part of Africa that was close to my heart with what I was teaching about Tragedy in general. It was very hard to relate the theory of tragedy to what was happening in the real world. My dissatisfaction stayed with me. But I took detours to write various other books until I could finally turn back to the question full on.

The result is this book .

What is the point of a critique of tragedy in post-colonial literature?

Well, tragedy is considered one of the most challenging fields in all of literary history. Tragic theory embraces philosophy, theology, sociology and anthropology, along with various other fields.

Within the Western tradition it is considered the high point of all literary expression and every Western philosopher and thinker has tried their hand at some interpretation of tragedy.

And yet, I noticed when I was reading as widely as possible for my own book that rarely did any of these great thinkers consider the concept of tragedy beyond Euro-America. This is even though throughout the 20th century there have been many illustrious winners of Nobel Prizes from the postcolonial world that have given us extraordinarily rich examples of tragic thought. Among them have been Gabriel Garcia Marquez , Wole Soyinka , Toni Morrison , J.M. Coetzee and V.S. Naipaul . And what of Chinua Achebe , Ayi Kwei Armah , Tsitsi Dangarembga , Michael Ondaatje , and Salman Rushdie ?

And so part of my task was simply to demonstrate that postcolonial writing also has great and wonderful touchstones by which to theorise the concept of tragedy.

What I try to do in the book is to re-read the entire concept of tragedy through that of suffering and also to stage a dialogue between postcolonial examples and Western ideas and vice versa. I state at the end of my introduction that I do not seek to abrogate Western thought but to ingest it, for to think properly about suffering in our world is to not leave anything out of consideration, no matter its provenance.

But then the question remains: what is suffering? We all think we know what it is and there are many popular conceptions in everyday speech and even in song. For me I define suffering as either the experience or anticipation of events that lead to the undermining of the principles of self-integration. There are many material indices of suffering we can readily point to, such as poverty, losing one's leg in an accident, spousal infidelity, losing one's job, losing one's children to disease, etc. All these lead to suffering.

But my interest is not merely in the material indices but rather in how they allow us to also gauge the degrees to which they affect a person or indeed an entire community's sense of self-integration. For one of the major consequences of suffering is that it comes with the sense of dissolution, the extreme variant of which is a desire to end one's life or indeed to exit one's own community.

If we see suffering in this light we can see that the subject of tragedy pertains most readily to ideas of self-dissolution. Sometimes suffering can be seen in a character's persistent trait of second-guessing themselves and anguishing over what ethical choice to make. We see this most prominently in J.M. Coetzee's characters, but especially in the magistrate in Waiting for the Barbarians , who is obsessively revising his own ideas as an aspect of how he processes suffering.

Another great example is to be found in Toni Morrison's Beloved , where in Sethe's case her killing of her 2-year-old daughter many years previous to the start of the novel in order to prevent the slave master from taking her children then leads her mind into a turmoil of intense images that arise unbidden and beyond her capacity for conscious control and regulation. Thus, for her, images from the past arrest her present and ebb-and-flow out of her mind in a way that requires her to “keep the past at bay.” And “yet her brain was devious”, as we are also told in the novel.

All these are good examples of suffering and the discombobulation of the self and the psyche that I think are pertinent to a discussion of tragedy. And in these examples we have just seen none of the central characters die. They just live to suffer.

In the book I also turn to the Akan concept of musuo to try and bridge the gap between the individual and the community. For among the Akan musuo points to both transgression and contamination that often require communal propitiation and cleansing. Fundamentally, the tragic character, if they are taken to be truly representative of communal values and not just of themselves, must also be taken in their error of judgement to have somehow also simultaneously usurped those communal values.

This was my way of moving away from the standard Western view of taking tragedy to be essentially the problem of individual choice making and its consequences.

Ethical choice and suffering – why do these themes matter?

I draw on my understanding of ethical choice from Aristotle's Poetics and the Nicomachean Ethics , both works that have had a major impact on my thinking on suffering. To put it quite simply, Aristotle argues that to experience the good life – what the ancient Greeks refer to as eudaimonia – one needs virtue as well as access to worldly goods. To Aristotle, virtue is a principle of action. The just man justices and the courageous man is brave. You cannot claim to be virtuous person if you lie in your bed all day and do absolutely nothing.

Secondly, worldly goods for Aristotle do not mean material things, but rather the access to philia – friendly and familial – as well as the comforts of citizenship, etc. In today's world we might add that worldly goods must include good and affordable healthcare, reasonable and affordable housing, good and free education, the freedom to one's religion and sexual orientation without the threat of violence, security from random state acts, etc.

For Aristotle, the loss of access to worldly goods not only undermines our capacity to live well, but even more importantly, it impairs our capacity to make ethically informed choices. Thus, for Aristotle if you were to wake up one fine day and your entire family and friends had been killed by a hurricane you would not only be very sad but your capacity to decide on what was good for you would immediately be impaired.

And so, I pay a lot of attention to the conditions that lead to the impairment of the capacity for making ethically informed choices.

Who should read this book?

Everyone should read it. The book is pertinent not only to literary scholars, but also to people interested in philosophy, history, and even politics.

Bad political decisions at the national level lead to incredible suffering for individual persons, including the loss of faith in the capacity of state actors to tell the truth and thus to be trustworthy as custodians of the welfare of the people. This may not seem like a candidate for the concept of suffering, but you will be amazed at how much the ordinary citizenry's sense of material discomfort is further aggravated by the loss of faith in politics and politicians. Furthermore, to understand another person's suffering is properly speaking a fundamental aspect of fellow-feeling and thus of citizenship.

Tragedy and Postcolonial Literature is published by Cambridge University Press.

Ato Quayson does not work for, consult, own shares in or receive funding from any company or organisation that would benefit from this article, and has disclosed no relevant affiliations beyond their academic appointment.