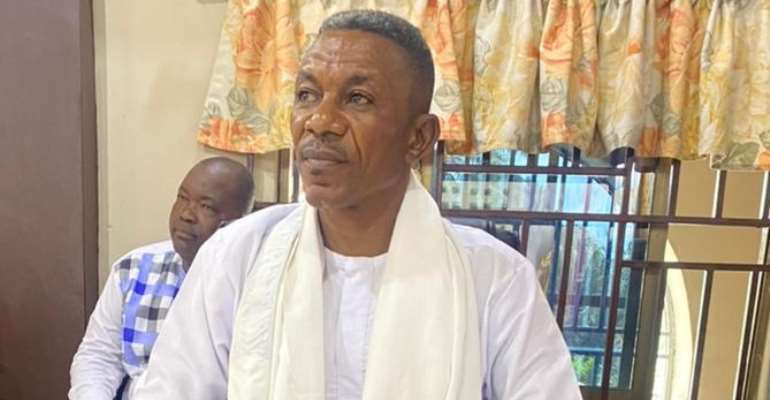 The General Overseer of the Cornerstone Bible Church International located at Kumasi Ayigya near the Kwame Nkrumah University of Science and Technology (KNUST), His Eminence Apostle Godbless Boateng has stressed the need for government to come out with measures to strengthen the justice delivery system in the country.

The program under the theme: "The Return Of God's Glory" attracted other religious leaders and the general public.

The clergy noted that the rising crime and other social vices among the jobless youth is worrying and a threat to the security of the country.

He noted that the Return of God's Glory was diminished from the land of Israel making the people face difficulties due to the non-existent rule of law as foretold in the Scripture.

According to him, when the people disobey the laws, the end results was ritual killings, armed robbery, corruption, abortion, human rights abuses among others.

Apostle Boateng added that when the Israelites came across their offences and turned over a new leaf in prayers and remained law abiding citizens the Lord heard their prayers and returned His glory unto them to build a solid economy.

The Apostle reiterated that it is now time our leaders rise up to make the laws bite irrespective of one's political affiliation or background to ensure that the Glory of God returns to the country for the betterment of all.

The man of God also blamed his colleague men of God for their continuous silence over the ungodly activities in the country.

Apostle Boateng noted that instead of speaking the truth, some pastors are busy using their pulpits to engage in politics whiles others are always singing prosperity messages in their sermons.

The man of God therefore called on Ghanaians to as a matter of national interest come together, bury their differences and usher Ghana into the hands of God to help avert any danger which Satan has planned against the country.