But You, Alhassan Suhuyini, Are the Embodiment of Insults and Abuse 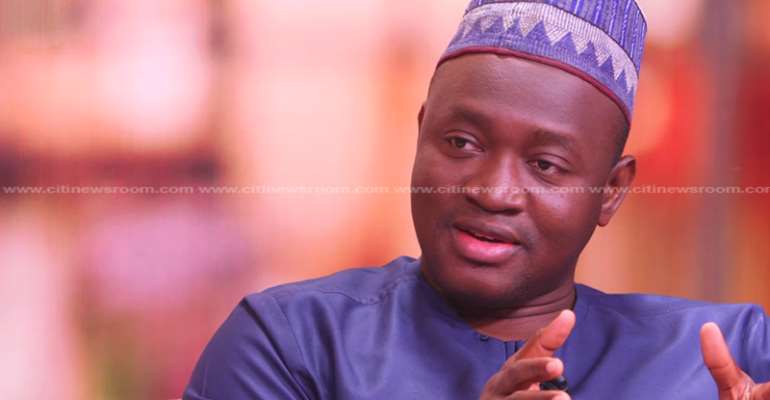 He entered Parliament with the insufferably presumptuous attitude that all the members of the august House of our National Assembly were veritable coequals, irrespective of how long they had been serving as Parliamentarians. I, personally, remember writing and publishing a column in which I asked the main opposition National Democratic Congress’ Parliamentary Representative, whether the mere fact of having climbed onto one of the so-called John Agyekum-Kufuor Buses with one’s own biological father necessarily meant that one was of the exact same age as the man whose coital activity brought one into the world or existence. Well, as of this writing, I had yet to receive any intelligent or usable answer from the Tamale-North’s NDC-MP.

So, it is rather amusing and a sheer wonder for Mr. Suhuyini to be huffing and puffing over the fact that in his 26th COVID-19 public address to the nation, President Addo Dankwa Akufo-Addo had promised to deliver to the nation some 1.3 million micro-bottles of Russian-made Sputnik-V vaccines but had yet to deliver on his promise, nearly three months later. That the Akufo-Addo COVID-19 National Address was delivered as far back as the month of May is far less significant than the stark fact that the delivery of the diddly amount of some 1.3 million Sputnik-V vaccines would scarcely have put any remarkable protective dent among the population of Ghanaian citizens at risk of contracting the COVID-19 global epidemic or pandemic.

You see, as has been the practice since anybody can remember, very likely the distribution of the aforesaid vaccine consignment would almost exclusively have been confined to highly privileged routine medical tourists like Alhaji Suhuyini himself, with the rest of the overwhelming majority of the Ghanaian citizenry behind left to fend for themselves. You see, that is what is really absolutely and inexcusably insulting than anything else, not the quite understandable fact that Nana Akufo-Addo could not promptly deliver on his May vaccine delivery promise (See “Suhuyini Blasts Akufo-Addo Over ‘Insulting Empty-Handed’ Covid-19 Address” Modernghana.com 7/26/21).

The real issue and problem that Ghanaians ought to be talking about, presently, is the critical question of just how many Anti-Malarial Vaccines the leaders of the Provisional/National Defense Council (P/NDC) produced in the country for local consumption during the 20 years that the late Chairman Jerry John Rawlings and his largely northern-descended Abongo Boys from the Ghana Armed Forces (GAF), and their strategic Trokosi Nationalist Revolutionary Overlords literally held Ghanaians by our scruffs. Mr. Suhuyini would also do himself and the rest of us a lot of good to explain to the rest of the nation precisely why it has taken some 64 years and then, only, the Akufo-Addo-led government of the New Patriotic Party to implement the woefully belated, albeit incontrovertibly auspicious and laudable, landmark “One District, One Factory” National Re-Industrialization Program.

Under the Rawlings-led junta of the Provisional National Defense Council, the latter both genocidally and suicidally colluded and collaborated with the Third-World Demolition Squad of the Bretton-Woods institutional establishments of the International Monetary Fund (IMF) and the World Bank (IBRD), that is, the International Bank for Reconstruction and Development, to literally liquidate the Kwame Nkrumah-founded seminal industrial establishment of the Ghana Industrial Holdings Corporation (GIHOC), in the economically and criminally destructive name of a Structural Adjustment Program (SAP) which, in effect, meant drastically cutting down fast-industrializing former Western-colonized or dominated countries like Ghana to a logically realistic size, which literally meant Back to Bataan, primarily to suit the stereotypical European conception of what a primitivistic African and Third-World economy needed to look like.

In short, rather than volley gratuitous and abusive language at the man who has restored Ghana to the enviable status of global respectability, once more, the sometime Mahama lickspittle ought to be eternally grateful that today Ghana has a patriotic and visionary leader like “The Little Man from Kyebi” at the helm of its affairs. At any rate, what makes scandalous political saprophytes like Mr. Suhuyini so facilely suppose that it is the talented and hardworking scientists of other nations who are, somehow, obligated to protect vacuous political charlatans like himself against the apocalyptically withering ravages of the COVID-19 Pandemic?