South Africa's ANC in dire straits ahead of local poll 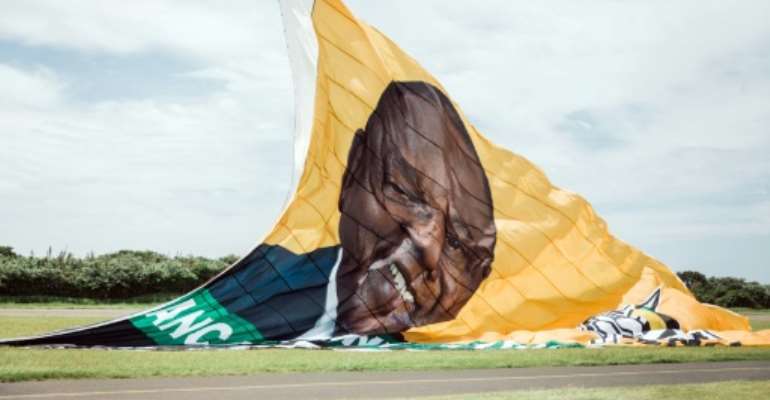 The African National Congress (ANC), struggling to erase Jacob Zuma's taint of corruption, is hobbling toward South Africa's local elections riven by in-fighting, sliding support and too broke to pay its staff.

The municipal polls on November 1 will test whether the party which freed South Africa from the racist apartheid regime can overcome a situation so dire that members and supporters themselves are losing patience.

While the opposition has yet to make major national inroads against the historic party that brought Nelson Mandela to power in 1994, the ANC has been hemorrhaging votes over the years and stands to lose even more in the local elections, analysts and polls predict.

Asked about her party's problems, secretary-general Jessie Duarte said this week: "The ANC will come around. The ANC always comes around."

But it has a lot to deal with.

Since the end of August, employees of the ANC, which is reportedly choking on several millions of dollars of debt, have been on strike and staging sporadic protests, asking to be paid.

So desperate is the party for funds that is has launched a crowdfunding campaign to "generate active interest in the sustenance of the organisation."

Then on Wednesday, hundreds of activists in the ANC's green and yellow colours converged on Johannesburg from across the country, threatening to boycott the upcoming elections in a protest at the ANC headquarters.

Their main gripe was the party's candidate selection process, which they claim went ahead without consulting the grassroots of the ANC and saw contenders allegedly earn a place on the electoral lists through bribery.

To make matters worse, the understaffed party failed to register hundreds of candidates before an August 23 deadline which the electoral commission has since extended, sparking outrage among the opposition.

The charismatic Zuma still counts a lot of supporters in the ANC, despite being involved in multiple corruption scandals.

The seemingly endless list of problems has taken its toll.

In 2019, while it won general elections, the ANC registered its worst performance ever. Until then, it had never won less than 60 percent of the vote, but that year, the party scored 57.5 percent.

In 2016 local polls, it lost control of major cities like Johannesburg and Pretoria to the Democratic Alliance (DA), its main rival.

And a poll by global research group Ipsos released this week found that less than half of surveyed registered voters were likely to cast their ballot for the ANC in the upcoming elections.

Still, the DA has yet to make major national inroads in the general electorate, held back by its image as a party for white people.

And the ANC's former youth leader Julius Malema, who was kicked out of the party and formed the left-wing Economic Freedom Fighters, is seen by many as too radical and populist.

Political analyst Ralph Mathekga, however, stresses "it's not about winning or losing: the ANC is going to have the serious problem of a very reduced majority" nationwide.

The local elections will also take place just months after South Africa suffered the worst outburst of political violence since the end of apartheid.

Ordinary citizens joined them in ransacking shopping malls and warehouses, dealing a crippling blow to the economy in what could potentially push supporters to vote for other parties.

Ramaphosa called the riots an attempted insurrection and vowed to prosecute instigators.

A dozen suspects have since been arrested, with several others under investigation.