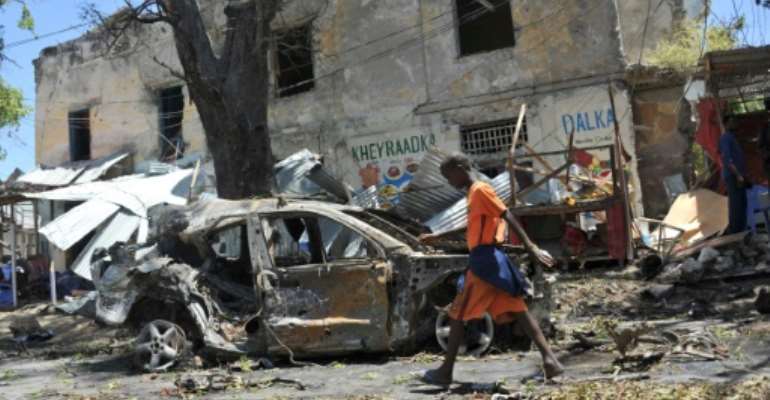 Somalia's president said on Thursday he had withdrawn the executive powers of the prime minister, the latest twist in a feud that has plunged the country into a deep political crisis.

The move by President Mohamed Abdullahi Mohamed, who is popularly known as Farmajo, came despite efforts by Somali politicians to defuse the tensions with Prime Minister Mohamed Hussein Roble.

"The prime minister has violated the transitional constitution so his executive powers are withdrawn... especially his powers to remove and to appoint officials, until the election is completed," the president's office said in a statement.

The two men have locked horns over hirings and firings in Somalia's security agencies in a dispute that has raised fears for the stability of the country as it struggles to hold long-delayed elections and keep an Islamist insurgency at bay.

The power struggle became public last week when Roble sacked Somalia's intelligence chief over his handling of a high-profile probe into the disappearance of a young agent.

The row has threatened to throw an already fragile electoral process into deeper peril.

Farmajo's four-year mandate expired in February, but was extended by parliament in April, triggering deadly gun battles in Mogadishu, with some rivals viewing it as a flagrant power grab.

Roble cobbled together a new timetable for a vote, but the process has fallen behind, and last week he accused Farmajo of trying to reclaim "election and security responsibilities" from him.

The Al-Qaeda allies were driven out of Mogadishu a decade ago but retain control of swathes of countryside and continue to stage deadly attacks.

Police to fight crime with dogs
57 minutes ago