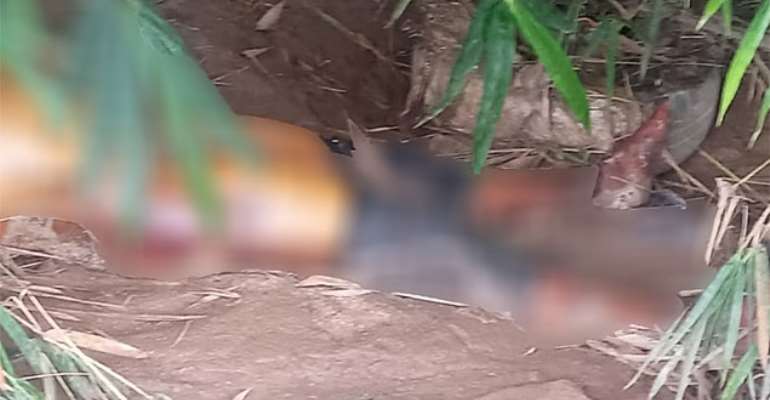 The Abuakwa Police Command in the Ashanti region say it has opened investigation to unravel the identity and find the family of a man found dead in River Asuyeboah in the Atwima Nwabiagya North District.

The body was reportedly washed ashore at the bank of the river in the Abuakwa Manhyia Electoral Area some days after heavy downpour in the Ashanti Region.

Residents in the locality discovered the body of the man believed to be in his 30s and informed the police.

It is difficult to ascertain the identity of the deceased due to its ruined nature but frantic efforts were being made to locate his relations.

Meanwhile, the body has since been conveyed by the Abuakwa Police and deposited at the morgue while investigation continues.