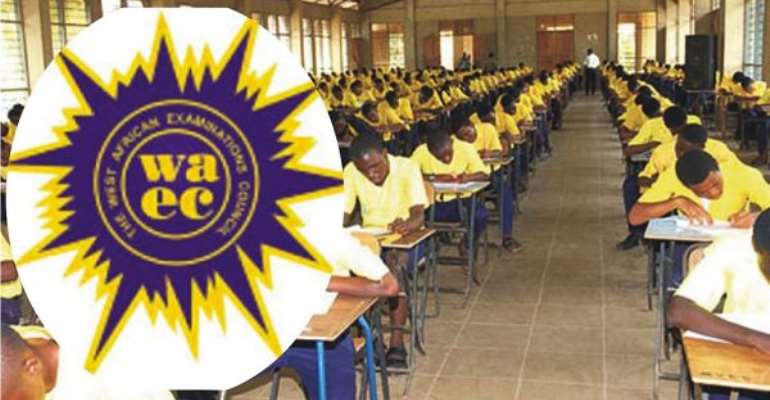 The Minority in Parliament is pushing for a bi-partisan Committee of Inquiry to investigate the increasing exam leakages in the West Africa Senior Secondary Certificate Examinations (WASSCE).

This follows the West African Examination Council (WAEC) rescheduling the physics and business management papers that were set to be written on Wednesday, September 15, 2021, in the ongoing WASSCE amid fears of leaked examination questions.

The Council noted that it detected evidence of possible exam leakage on social media and on “rogue” websites prior to today’s exams.

“The cheating social media groups were in full swing prior to the conduct of the mathematics and the English language papers on 9th and 13th September,” the Head of Council’s Test Administration Division, George Ohene-Mantey, said at a press briefing.

Mr. Ohene-Mantey said, “the Council’s monitoring revealed the circulation of numerous versions of questions, both printed and handwritten.”

Two subjects found to have some questions circulating were elective mathematics and English language papers.

“After the administration of the test, careful scrutiny of the several versions [of suspected leaks] received indicated that extracts of parts of the questions in mathematics elective two and section A of English Language two were circulated on social media platforms.”

Though Mr. Ohene-Mantey said “the circulation was not extensive,” he added that the council will continue to be vigilant.

But the Ranking Member on the Parliamentary Committee on Education Dr. Clement Apaak, commenting on the development on “Ghana Kasa” show on Kasapa 102.5FM/Agoo TV, roundly condemned the leakage of the papers, adding that his group will commence an action to ensure such undesired conduct is nib in the bud.

“…I want us to be fair and tackle the issue holistically and that is why I have proposed a bi-partisan committee of inquiry and I can tell you that I’ve received the go-ahead from the Minority caucus to file it and I will be filing it when Parliament reconvenes.

“We have to look at the issue of exam leakages holistically and invite stakeholders – WAEC, Africa Education Watch, Ghana Police Service and others in the value chain for them to say what they know about this development and after that, the Committee of Inquiry will then sit down and put together a report then we can act on it as a nation to stem this tide of exam leakage.”