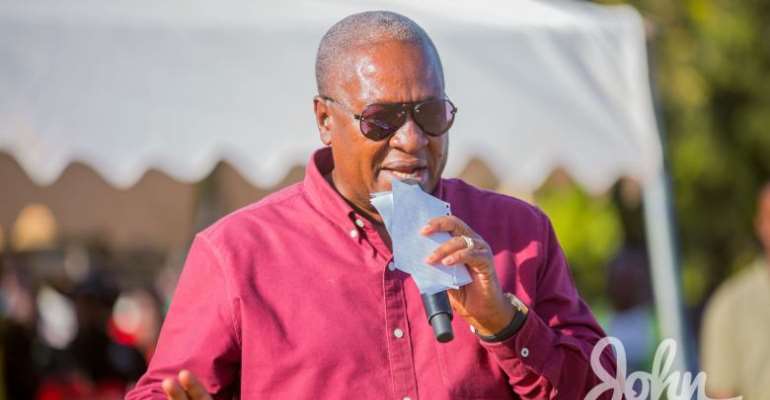 Former President John Dramani Mahama says Ghanaians are furious hearing what he described as the “hypocrisy of so-called economic experts” who keep changing their stance on the country's economic situation under this current government.

According to him, the so-called experts asked Ghanaians to forget economic statistics and look at the escalation of cement and other products on the market during his administration as President.

He noted that the same experts are today holding up statistics while in government.

The former President said the hardship in the country is not only unbearable but embarrassing.

In a Facebook post, Mr Mahama said: “Our people are galled by the hypocrisy of so-called economic experts, asking them in 2016 to forget about economic statistics and look at the escalation of prices of cement and other products on the market, and then today hearing the same experts in government hold-up statistics, inflation etc., and say that life is better for them. And that the perception of hardship in Ghana is a creation of Mahama.”