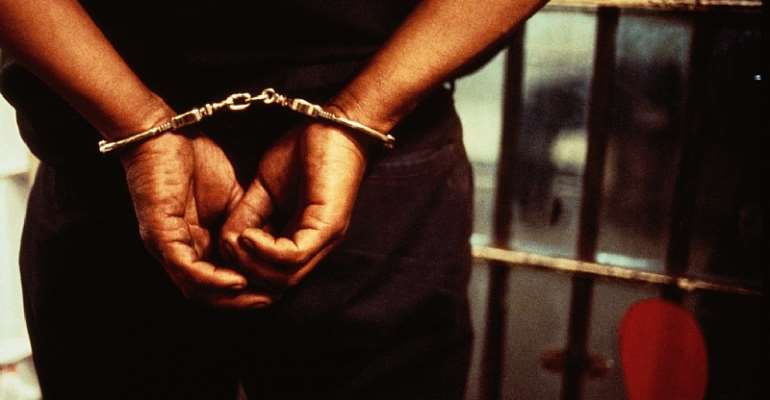 ModernGhana News can report that a young man (name withheld) who is believed to be in his late twenty's is in police grips of the Sawla-Tuna-Kalba District Police of the Savannah Region for allegedly kidnapping and locking up a 12-year-old minor.

The victim is reported to have gone missing for several days after leaving home to hawk drinks in the Sawla township.

After several announcements on radio and information centres yielded no results, the mother of the victim embarked on a door to door search for her daughter.

On the third day of the search, lo and behold, the victim's sandals were found at the entrance of the room of the young man who is currently in police custody.

Alarmed by what she saw, the mother of the victim knocked at the door of the young man but no response.

The co-tenants of the young man directed the mother to the worksite of the culprit where he was fetched.

When asked to open the room, the culprit reportedly said the keys to the room was missing.

It took the intervention of the Police in Sawla to break the door of the room where the victim was found lying unconscious after allegedly been drugged.

The victim was rushed to the hospital for examination for medical examination and treatment.

Reports say there is currently pressure on the police and family of the twelve-year-old victim to discontinue the legal case against the culprit by some influential persons including politicians.

Arrangements are currently underway by the Sawla Police Command to transfer the culprit to the Tamale High Court for trial instead of the Bole District Magistrate Court.