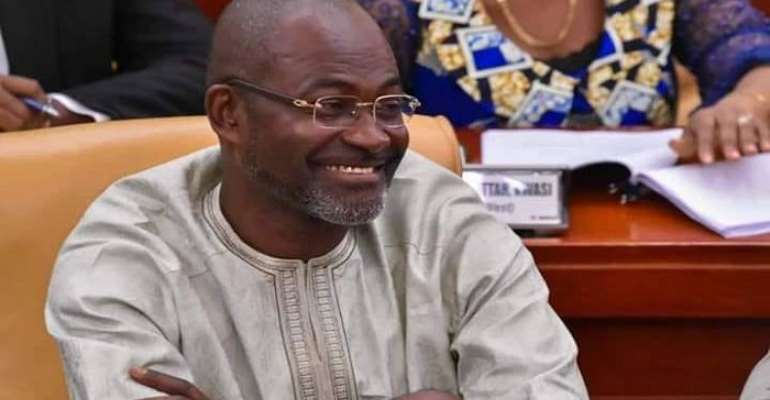 Member of Parliament (MP) for Assin Central, Kennedy Ohene Agyapong has revealed that although it is not in his immediate plans to run for President, he will consider the idea if Ghanaians push him to.

Recently, the experienced politician has disclosed that he will not contest for MP in the 2024 general elections.

According to him, he will not contest for the Assin Central seat in the next election even if he is given 1000 cows.

“Even if I’m given 1,000 cows, I will not go back because I want the people to know that I am fighting for their wellbeing and not myself as an MP,” Ken Agyapong has said.

Speaking in an interview in the US, the outspoken lawmaker has now opened up on his presidential ambition.

He notes that while he is in no rush for the top government position, he will be ready to contest if Ghanaians give him the backing.

“I have a personal belief that you don’t have to be a president to effect change in people’s life. I’m not a president but you can see the things I’m doing to help Ghanaians.

“That alone is enough but if a time comes that Ghanaians feel that you can lead and make a change, I will give myself some time and consider it. I don’t want to rush,” Ken Agyapong noted.

The Ghanaian politician and businessman currently chairs the board of Ghana Gas Company Limited.