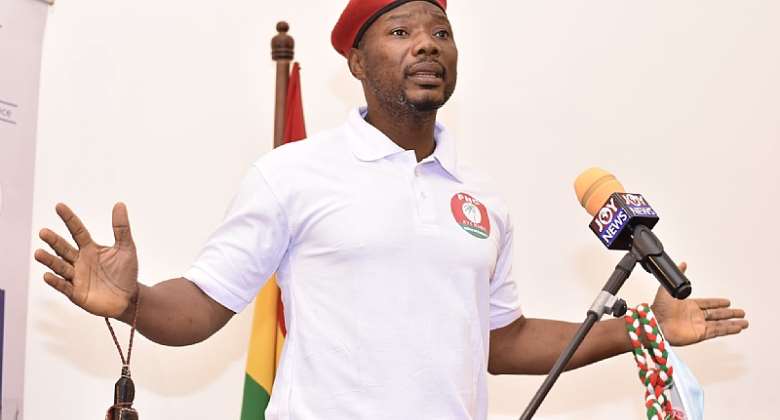 A former chairman of the People’s National Convention (PNC), Bernard Mornah says the feuding factions in the party are all wrong.

Describing the party’s in-fighting as ‘ugly and disturbing’ Mr. Mornah insists both factions must put their differences away and seek the interest of the party first.

“What is happening is very ugly and very disturbing. It is just unimaginable the extent of deterioration that has characterized my beloved party… My opinion is that the two factions are both wrong. I think that the two sides must sit down and realize that the positions they are holding are too inimical and too devastating for us the members,” the former PNC Chairman said in an interview with Citi FM.

Bernard Mornah added, “I have spoken to the council of elders and called other major stakeholders of the party, and I have urged them to call our party to order so that they can see how we can resolve this issue. What we just need to do is that, let’s allow reasonability to prevail, and we should allow common sense and the need to hold the party together prevail.”

According to him, the fighting in PNC should be blamed on former party leader Edward Mahama.

Bernard Mornah argues that some decisions he took during his time is now serving as bad precedent and has emboldened others with power to discriminate.

“What is happening to the party today is probably as a result of some of the diabolic decisions that Edward Mahama took; the case of Haruna Mohammed and Atik Mohammed because this has emboldened the new leadership to think that they can just suspend someone,” Mr. Mornah shared.

The last few weeks have been ugly with the PNC party currently divided into two. There is one group belonging to the camp of the party’s 2020 presidential candidate David Apasera.

The other group have committed to supporting General Secretary Janet Nabla who has threatened to use ‘macho men’ from her hometown to cause mayhem.