Attacks on Eritrean refugees in Tigray are 'war crimes': HRW 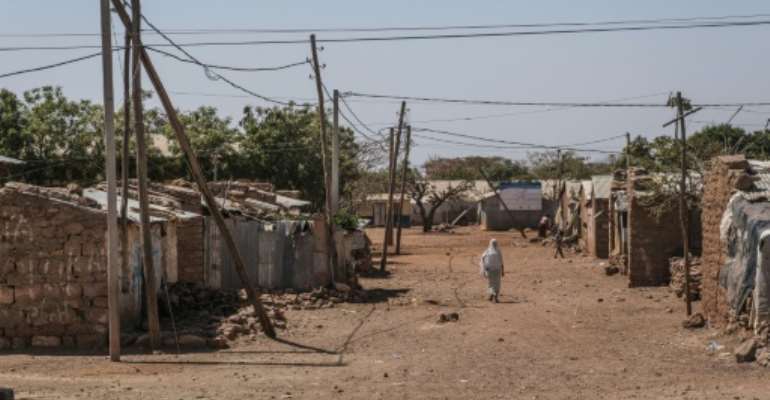 Before fighting broke out Tigray was home to 92,000 Eritrean refugees. By EDUARDO SOTERAS (AFP/File)

Eritrean refugees caught up in the months-long war in Ethiopia have suffered abuses including executions and rape that amount to "clear war crimes", Human Rights Watch (HRW) said Thursday.

A new report from the US-based rights watchdog details the role of both Eritrean soldiers and rebel fighters from Ethiopia's northern Tigray region in extensive carnage marked by forced repatriations and large-scale destruction at two refugee camps.

"For years, Tigray was a haven for Eritrean refugees fleeing abuse, but many now feel they are no longer safe," she added.

Before fighting broke out Tigray was home to 92,000 Eritrean refugees, including 19,200 in the Hitsats and Shimelba camps, according to Ethiopia's Agency for Refugees and Returnees Affairs (ARRA).

Although Ethiopia and Eritrea fought a brutal border war in 1998-2000 that left tens of thousands dead, Abiy initiated a rapprochement with Eritrean President Isaias Afwerki that earned him the Nobel Peace Prize in 2019, and Asmara has lent him military backing in Tigray.

Abiy, right, initiated a rapprochement with Isaias Afwerki, left, that earned him the 2019 Nobel Peace Prize. By EDUARDO SOTERAS (AFP/File)

Eritrean and Tigrayan forces first clashed near Hitsats about two weeks after the conflict began.

HRW said Thursday it had received "credible reports" that Eritrean troops killed 31 people in Hitsats town, and that the true toll was "likely significantly higher".

When the Eritreans gained control of the camp, they are believed to have transported 17 injured refugees to Eritrea for treatment, the HRW report said.

However most of those evacuees remain unaccounted for, along with 20-30 others who were detained, "including refugee committee members and perceived opposition members, two of them women," it said.

The Tigrayan forces regained control of the area in early December and began robbing, detaining, raping and attacking refugees with weapons including a grenade, potentially killing dozens, HRW said.

Eritrean forces returned the following month and forced those still in the camps to evacuate, and satellite imagery indicates Hitsats was largely destroyed soon after, the watchdog added.

Thousands of refugees formerly in Hitsats and Shimelba remain unaccounted for, while hundreds had little choice but to return to Eritrea in what HRW described as "coerced repatriations".

Others ended up in two camps in southern Tigray, Mai Aini and Adi Harush, which came under TPLF control in July.

ARRA, Ethiopia's refugee body, has accused the TPLF of deploying heavy artillery in both those camps, looting vehicles and warehouses and preventing refugees from leaving -- creating what is "tantamount to a hostage situation".

The TPLF has dismissed such allegations and vowed to ensure the refugees' protection.

Ethiopian officials are trying to expedite the relocation of refugees out of southern Tigray to a 90-hectare (225-acre) site in the neighbouring Amhara region.

Yet the TPLF launched an offensive into Amhara in July, and the region has been hit hard by recent fighting.

HRW said Thursday that all parties to the conflict should grant freedom of movement to the refugees, as well as expanded access to aid.